If you’ve been patiently waiting for the iPhone 6s with the hope of receiving an upgraded iPhone that’s packing significantly more power, then you might want to take the next few weeks to gear yourself up for a potential disappointment. A screenshot that is purported to be from a benchmark test ran directly on the iPhone 6s is currently doing the rounds on the Internet and reveals something that could ultimately be a major kick in the teeth for Apple fans; a relatively paltry 1GB of memory. Or to put it another way, the same amount of RAM as the current iPhone 6 model.

The Geekbench 3 screenshot that seems to have found its way onto the web, shows an iPhone 8,2 – which is the model number of the upcoming iPhone 6s – running Apple’s iOS 9 operating system. Of course this is to be expected as the next-generation iPhone will be the first device to ship with the latest version of Cupertino’s mobile OS. It also shows that the iPhone 8,2 will ship internally with Apple’s new A9 processor clocked at 2.0GHz. Once again, no surprises there. The concerning, and surprising part of the screenshot, is that it shows an available memory of just 989MB, or 1GB of RAM, when most speculation has suggested that the device will ship with 2GB. 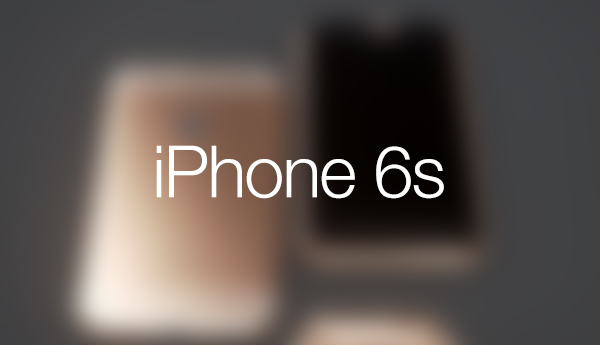 As is always the case, we won’t actually know what is going on under-the-hood of the iPhone 6s until Apple’s official launch event, predicted for September 9. However, the source of the screenshot manages to thrust its validity into serious question. The image was originally posted on an Instagram account belonging to Fabien Wanner who claims to be a Switzerland based developer employed in an official capacity by Apple. If this was indeed true it seems extremely unlikely that any employee of the Cupertino-based company would be permitted to post these types of images on Instagram without serious repercussion, but then again the image seems to have been removed from his account since then. 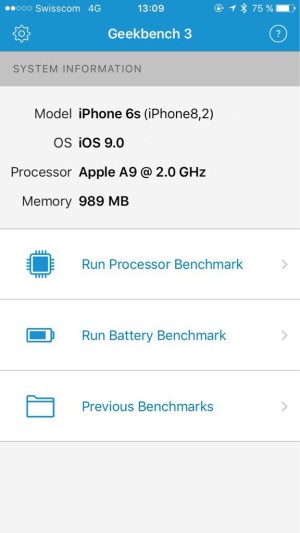 There’s also the fact that it just doesn’t seem to ring true. The current model iPhone 6 that is coming up to a year old ships with 1GB of RAM onboard. It seems highly unlikely that where a lot of the predicted information relating to the iPhone 6s sounds like it’s going to hold true, the suggestion that the device will ship with 2GB of RAM, looks way off the mark. As always, we won’t officially know until we know, but something about this benchmark seems off.