While all of the attention is on Samsung, its Galaxy Note 5 and Galaxy S6 Edge+, Chinese firm Xiaomi has been busy shaking things up by announcing its own new smartphone, the Redmi Note 2.

Set to come in three flavors and a range of colors, the new handset comes with a 5.5-inch 1080p screen and a new 64-bit Helio X10 chip ranging from 2.0GHz to 2.2GHz – depending on which model you choose – with all featuring eight cores. 2GB of RAM and a PowerVR G6200 make up the rest of this smartphone’s heart, while dual-sim capability will be popular amongst those with a real use for it. Not all models feature support for dual 4G SIMs, though, so be sure to check compatibility before placing your order. The phone also packs 3,030 mAh battery. 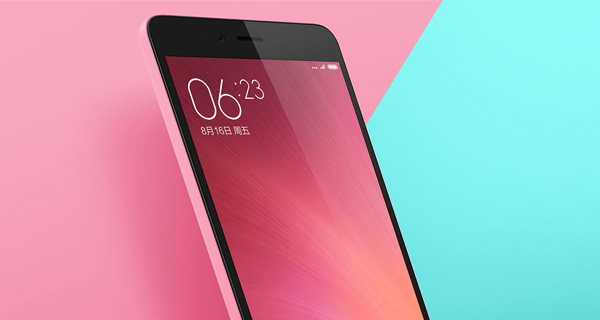 Camera wise, you’re looking at 13MP f/2.2 sensor with phase detection autofocus that adds the ability to focus in just 0.1 seconds, which will be a big feature for anyone who’s tried to take photos of their children before they run off.

Anyone looking to pick up a Redmi Note 2 will have three versions to choose from, the cheapest of the lot costing just $125 with 16GB storage capacity, one LTE SIM slot, one 3G SIM slot and a 2.0GHz CPU. The next model up, costing $140, replaces the 3G SIM slot with another 4G version while the $156 high-end variant – labeled Redmi Note 2 Prime – comes with 32GB of storage and adds in a 2.2GHz CPU. 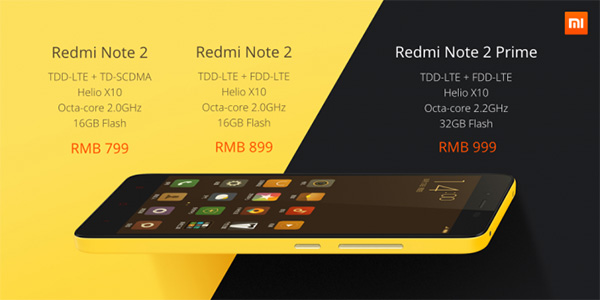 All three models of the Redmi Note 2 will go on sale in China on August 16th in blue, yellow, green, pink and white. Expect them to sell quickly, though – Xiaomi claims this phone’s predecessor sold 220 million units in a few minutes! There’s no word yet on an international release schedule, but if the company can’t keep up with demand at home, we wouldn’t expect it to arrive in the US or Europe just yet.

Along with its Galaxy Note 5 competitor, the Chinese company has also announced a new version of its Android variant MIUI. MIUI 7 runs on Android Lollipop 5.1 and will come with fresh themes and a couple of interesting new features, including facial recognition within the Gallery app to sort photos by faces and a roaming feature dubbed Mi Roaming that will allow users – initially, just those based in China – to purchase Xiaomi data packages as a substitute to new SIMs when roaming outside the country.