I always find it amusing that, even though evidence pertaining to a forthcoming smartphone may change from report to report, the case makers always feel as though they’ve got the scoop. It hasn’t even been established whether or not Apple has pinned down a final design for the so-called “iPhone 6,” yet a snap of a case has just leaked into the wild, although naturally, we’re more than skeptical as to whether it actually tells us anything.

The case itself, as you might expect, ties in nicely with the rumors and speculation we’ve gathered over the past few weeks. Namely, it outlines a device considerably larger than the current flagship iPhone 5s, suggesting that Apple will indeed go ahead and implement a bigger display, while also more than hinting at the iPad Air-like form factor.

Apple’s iPad range has definitely benefited from the new, rounded form factor, but as the world continues to marvel at both the iPad Air and iPad mini with Retina display, opinion is definitely divided as to whether the iPhone’s design should take the same path. 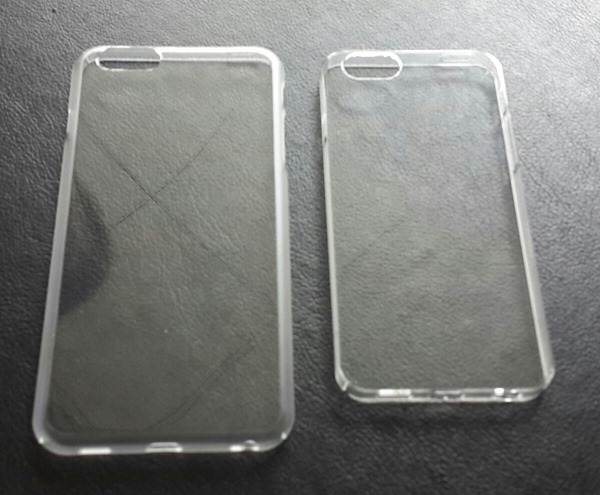 Given how the device looks set to get larger, with a 4.7-inch display and a further, larger model perhaps sporting a 5.5-inch panel, it does make some sense for Apple to look towards its tablet range for some inspired design tweaks, and given how the company is very keen on uniformity across the board, it’s not out of the question that the case we’re seeing here is representative of the Cupertino firm’s thought process. 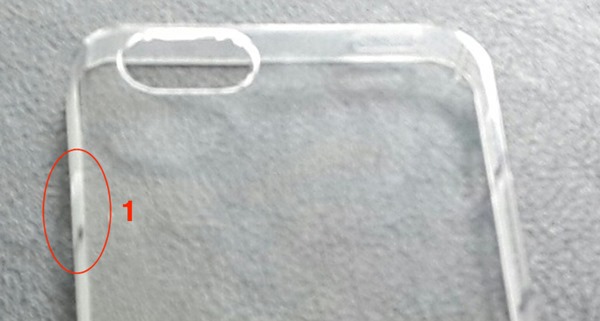 The case also shows a gap for where the power button may be moved to the side, which would be a necessary adjustment for the comfort of those with smaller hands. For some reason, though, the case also facilitates the traditional power button atop the device, which doesn’t exactly do the leak’s legitimacy any good at all.

So early on in the day – the iPhone 6 is, after all, rumored to be arriving around September time – it’s hard to take this leak with anything other than a grain of salt. Given that we’re almost halfway through April, we’re still a good five months away from the supposed retail date, and recalling how easily the tech world was tricked into thinking the “iPhone 5” was going to be a grandiose upgrade and redesign (read: we got the iPhone 4s), we must remain open-minded until we get some substantial evidence.