We thought things had gone a little too far when we heard that Apple had introduced an app section within the iOS App Store dedicated to taking selfies. The practice of taking a photo of yourself has – for one reason or another – grown immensely popular in the last six months, leaving Apple with no option but to try and capitalize on it by curating a selection of the finest selfie based apps out there. If, like us, you thought that things couldn’t get any crazier, then allow us to introduce you to S.E.L.F.I.E, the world’s first magical mirror that can capture your photo (read: selfie) and post it to Twitter.

At first glance it looks pretty much like any other standard mirror that has been built into a display cabinet. However, when you take the time to dig a little deeper you realize that the ‘Self Enhancing Live Feed Image Engine’, or S.E.L.F.I.E. for the sake of our sanity, is hiding a few secrets behind that reflective coating. Designed as an experimental product by iStrategyLabs, the magical mirror has the ability to capture a photo when it detects a smile within range. It also provides a rather splendid looking countdown and simulated flash experience thanks to a number of hidden LEDs. 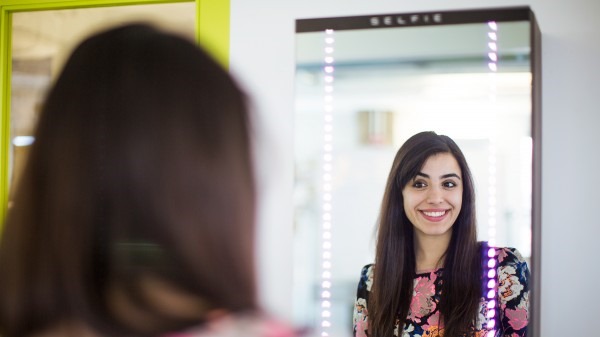 The power and sophistication of the mirror lies within. What you can’t see from the outside is that the S.E.L.F.I.E. is powered by a connected Mac mini that also has the job of running the facial recognition software that ultimately determines whether or not to capture an image. The beautiful but mysterious LEDs are used to imitate a countdown timer and are powered by a connected Arduino kit behind the two-way mirror. The team behind the product have even had the foresight to design a handy little vinyl graphic that sits in front of the mirror on the floor to tell us where to stand. 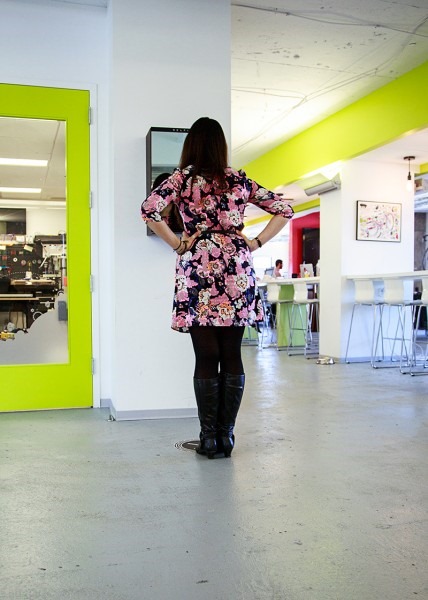 In addition to detecting a nearby person and snapping an image, the Mac mini is also charged with running software that overlays a watermark onto the photo before uploading it to Twitter for the world to see and admire. 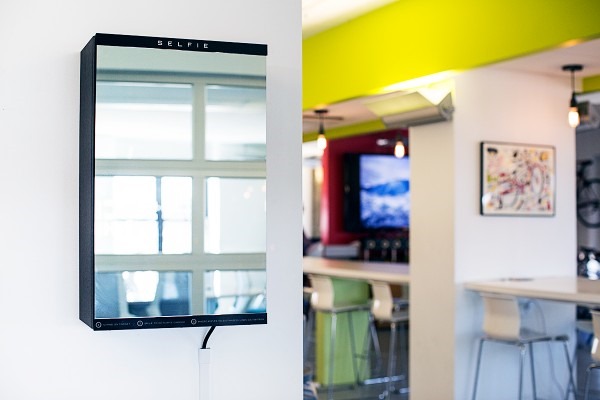 It’s definitely a pretty awesome idea for an experimental project, but could we ever see these things being commercially viable? With that said, I’ve never gone down the route of capturing selfies, but if I did I think I’d want to do it by using an intelligent magic mirror like this.