The act of taking a selfie and sharing it with the world may be thought of as a flash-in-the-pan phenomenon by most of us, but it looks like Apple could be on a mission to give it some credibility and longevity.

We’re used to logging into the App Store and seeing various areas dedicated to particular app genres as well as sections for featured and recommended apps. But what about a cordoned off section of the iOS App Store that’s dedicated to “Sharing Selfies“? Yes, that’s correct. For some obscure reason Apple has decided to promote a bunch of selfie capable apps in a dedicated section of the store. 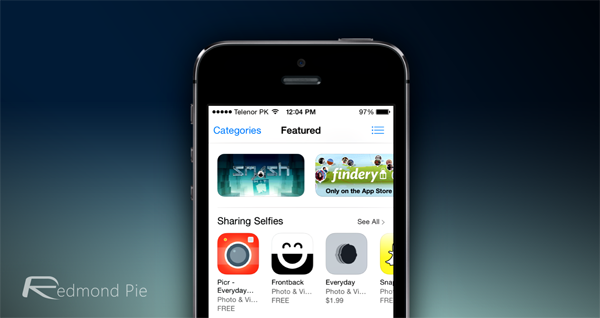 Apple has clearly recognized that a growing number of iPhone and iPad users are indulging in the art of capturing a selfie. The popularity of taking a self-portrait with the assistance of a smartphone has grown significantly in recent years, largely thanks to the rise of social networks such as Facebook, Instagram and Twitter where those indulging themselves in taking a selfie can quickly share the image with the connected world.

As you might expect, the Sharing Selfies section is dedicated to various apps that assist the user in taking the perfect self-portrait. The extremely popular Snapchat app is part of the curated selection of software, as is Justin Bieber’s Shots app that has managed to gain a cult user-base with the singer’s army of fans. 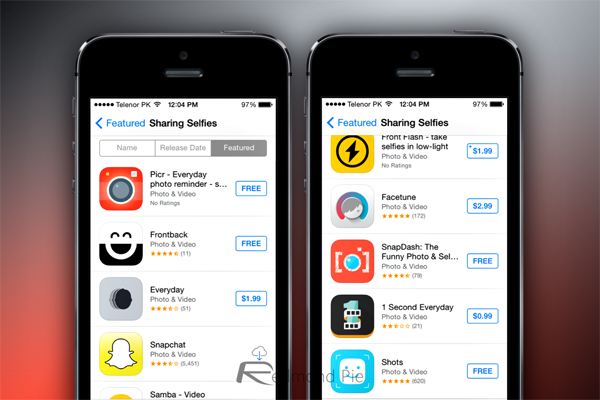 The Apple review team definitely seem to have done their homework on this one by making sure that they have every aspect of the selfie spectrum covered. As well as including apps that allow a photo to be taken and immediately shared, the list also contains the likes of Picr and FaceTune, a journal based app and a quick selfie editing tool.

Some of us have been secretly hoping that the selfie phenomenon would slowly crawl off into a corner and remove itself from our lives and social networks. However, with celebrities like Ellen DeGeneres breaking the Twitter retweet record with her Oscars celebrity selfie, and Justin Bieber getting in on the action, it looks like we will have to endure it for a little longer. Still, at least we now have a single location to go to get the greatest selfie apps that are out there.