The tech community seemingly cannot get enough of the so-called ‘iPhone 6’ just now, even on the eve of the Samsung Galaxy S5’s long-awaited release. The Apple handset is not touted for release until the fall, but the notion of the device packing a notably larger display seems to grow stronger with each new report. Following on from a recent influx of schematics leaks and other info relating to the iPhone 6’s form factor, a new mock-up of an iPhone case seems to indicate that the display will indeed increase in diameter, while also backing up a few other iPhone 6-related murmurings, including thinner design.

Leaks are not always an ideal way of gauging an unannounced, unconfirmed device, and case leaks — which can easily be faked by those looking to satisfy a particular agenda — are perhaps even less reliable. Today’s leak is a mere graphic depicting a case, and while it does seem to corroborate several rumors currently doing the rounds, there’s obviously still no 100% confirmation on just how accurate a representation it is of the iPhone 6’s design.

Chinese iPhone case-maker Elam Enterprises (published via NoWhereElse.fr [Google Translate]) is the company behind this particular mock-up, and as well as adding to the stockpile of evidence that Apple will depart from the 4-inch Retina display first introduced with the iPhone 5, the case also offers a visual on how the power button may change its location. 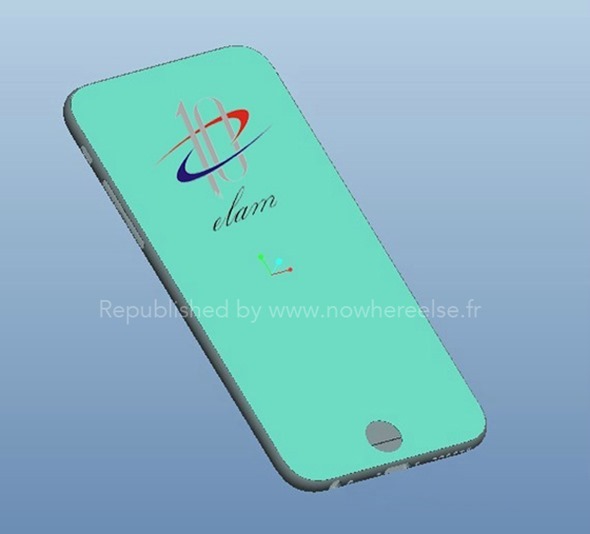 KGI securities analyst Ming-Chi Kuo, who never seems too far from iPhone rumor mill, has suggested that the power / sleep button could finally be relocated from its regular spot atop the device, and given that a larger display would make it more difficult to reach without sustaining some kind of repetitive strain injury, it’s a design tweak that would make logical sense if implemented.

The sketch also gives us a glimpse at the thinner overall design, and with reports indicating that the iPhone 6 will borrow many of its aesthetics from the iPad Air and iPod touch, there’s certainly evidence of this happening here.

The iPhone 6 looks set to offer a 4.7-inch display, with a larger model boasting a 5.5-inch panel, although it has also been suggested that the latter will be delayed due to production issues. The former, meanwhile, is set for a September release, and with an ‘iWatch’ device also in the offing, Apple fans should be braced for an exciting spate of announcements in the coming months.