Towards the end of March, a few schematic leaks emerged detailing 4.7-inch and 5.7-inch iPhone models. At the time, it was reckoned that said documents outlined supposed lower-end, ‘iPhone 6c’ devices, but now, one designer has put together some renders of what these handsets might look like if treated to the premium, flagship design language.

MacRumors tasked designer Ferry Passchier with putting a lifelike design to the schematics, and I think you’ll agree, after checking the images below, that the end product exudes beauty.

We have been hearing that the next-gen iPhone 6 may borrow many of its aesthetic traits from the iPhone 5c and iPod touch with rounded edges and such, and if there’s any truth in these reports and rumors, then Passchier’s design may well be representative of what Apple has in the pipeline.

Scrutinizing the renders, you may notice that from the front, the design looks very much like the original iPhone right up to the iPhone 3GS. Very rounded, it also reminds us of the new HTC One M8, but while the latest export from the Taiwanese vendor is already the subject of much acclaim for its elegant finish, one has to wonder whether Apple could take a perceived step back in delivering something that looks even vaguely similar to an old product. 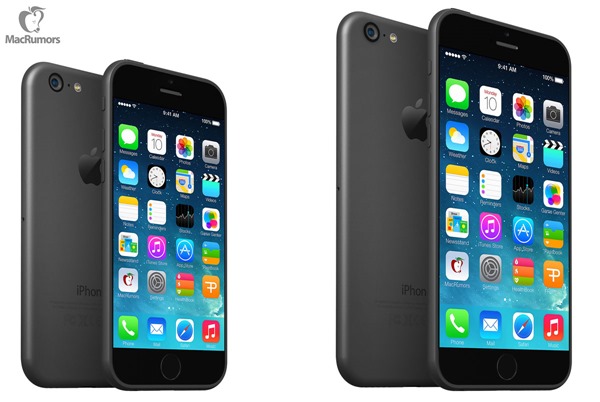 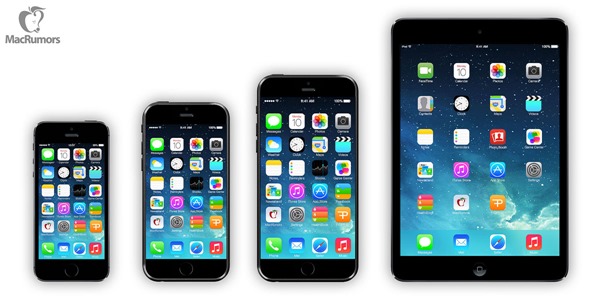 From the back, the iPod touch / iPad Air-like finish is much more favorable, and even though, at this stage, there’s no telling whether these schematics are in any way accurate, the overwhelming consensus seems to be that whatever is next will be considerably larger than the current iPhone 5s.

To offer a degree of perspective, Passchier also placed his renders up alongside the iPhone 5s and iPad mini with Retina display, and as you can see, both handsets offer a great deal more real estate than the present flagship.

There have been reports that Apple will only get the smaller, 4.7-inch model out this year, with the ~5.7-inch edition arriving at a later date. The iPhone 5s, meanwhile, is expected to continue selling, but in all honesty, there are too many conflicting theories doing the rounds for us to be able to pin down any kind of assertion right now.

Over the next few weeks and months, we’ll surely be able to grasp a better idea of what’s on the agenda, and should any significant information come to light, we’ll be sure to let you guys know.