Apple has officially released for download public beta 3 of both iOS 10 and macOS Sierra 10.12. The release to all public testers registered through Apple’s Public Beta Software Program follows hot on the heels of the fourth beta seeds of iOS 10 and macOS Sierra to registered developers, and instantly increases the number of testers who are exploring the two platforms and drop feeding information back to Apple. Here we discuss what is new in these updates and how you can go about installing these on your iPhone, iPad, iPod touch or Mac respectively. 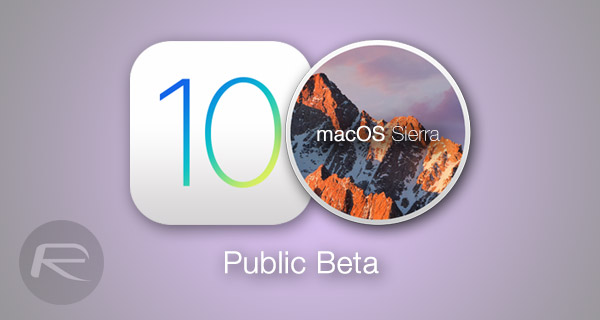 As you can imagine, Apple is rightly choosing to focus a lot of engineering efforts on the progression of iOS 10. With the next-generation iPhone expected to launch next month, iOS 10 is clearly a priority for the company as it is essentially the software that will provide the power to the company’s new hardware. This latest release to public testers highlights that commitment.

As is usually the case at this stage, the third public beta release introduces a number of design tweaks (including 100 new and redesigned emoji), important bug fixes, and overall stability improvements designed to make iOS 10 more stable and useable.

Anyone with an existing version of iOS 10 public beta installed is able to head on over to the Software Update mechanism from Settings > General and grab the latest public beta 3 release as an over-the-air (OTA) update right now, which is basically identical build to the beta 4 build released to developers yesterday. You can find all the changes new to this release here: Features And Changes: Everything That’s New In iOS 10 Beta 4. 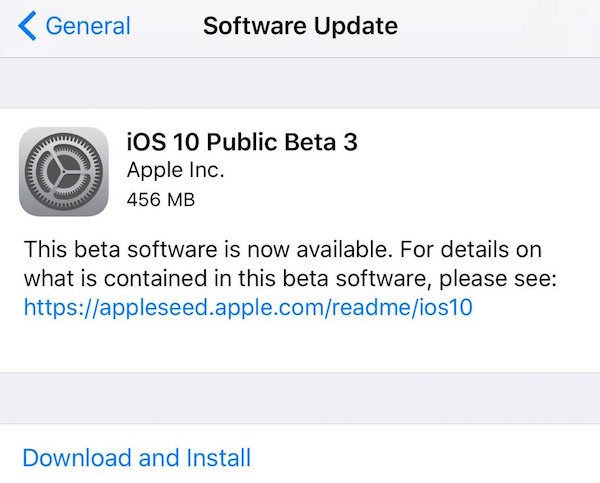 If however this is the first time you are installing iOS 10 public beta on your device, you can follow instructions on how to get started here: iOS 10 Public Beta: How To Download And Install The Right Way.

macOS Sierra is to Apple’s range of Macs what iOS 10 will be to the new iPhone. The software itself may not contain earth shattering functionality and wholesale changes, but the renaming of the platform has been enough to invoke excitement. That excitement will only increase as we approach an official release of the software.

The third public release of macOS Sierra concentrates on stabilizing the platform and attempting to make it a more pleasurable experience for all involved. That involves the introduction of a number of bug fixes, stability improvements and security enhancements that continue to forge a route forward to a public launch next month.

Public testers are able to grab the public beta 3 update, which is exactly the same build issued to developers as beta 4 yesterday, via the Mac App Store. If this is the first time you are installing macOS Sierra on your Mac, you can learn how to get started here: macOS Sierra Public Beta: Download And Install The Right Way [How-To Tutorial].