Features And Changes: Everything That’s New In iOS 10 Beta 4

Apple has today released a raft of new beta versions of its mobile and desktop operating systems, with iOS 10 beta 4 arguably the one that will garner the most attention given the iPhone and iPad’s popularity. The beta release from today is a developer release rather than one for public consumption, but that doesn’t mean that people aren’t quickly installing the update onto their devices and reporting what they see. That’s part of the fun, isn’t it? While iOS 10 beta 4 has only been around for a short while, some changes from the previous release have already been noticed and even though it’s fair to say none are huge, it’s worth having a quick look just to see what Apple is tweaking throughout the beta process. 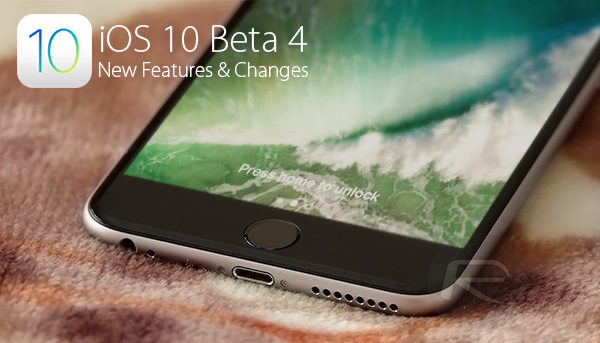 Let’s see what’s new or changed in this fourth beta release, shall we?

Haptic Feedback For Manual Lock Has Been Removed

Haptic feedback, which was used when the device was manually locked using the Sleep/Power button has now been removed. Originally introduced with iOS 10 beta 3 about two weeks ago from today, Apple for whatever reason has decided to remove it in the latest beta 4 seed for developers, at least for now. Though it’s very much possible that it could make a return in later beta seeds, or before the final version of iOS 10 ships to everyone this fall. We’re still not sure why Apple removed it. It was a subtle, but nice change to how we locked our devices. Fingers crossed that it makes a comeback in beta 5!

The update comes with 100 new emoji, including those for additional diversity and gender equality. Apple is never shy about using new emoji! We covered them all here: It’s Official: iOS 10 Adds 100 New Emoji Characters, Here Are The Details.

There’s a new and updated keyboard sound, again. This was first introduced in the initial beta release and removed in the second, only to be re-added in beta 3. In beta 4, the sound is different now. At least it’s still there!

Folders open/close animations are carried out noticeably faster, making iOS itself feel quicker to use. 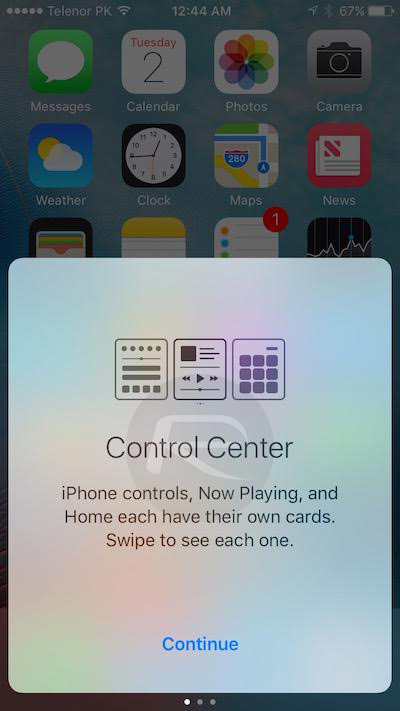 Control Center now features a brand new splash page, telling users what it is there for.

Some iOS wallpapers have been removed and one has returned from the iOS 8 days. Of all the things Apple could work on, we’re not sure wallpapers should be at the top of the list at this point!

The date widget has returned to its place inside the Notification Center / Lock screen widget area from beta 1. No longer will we have to resort to checking the Calendar app to see what day it is!

In Accessibility > Color Filters, the color grid has been replaced by a collection of colored pencils. Control Center icons for the Home app too have been tweaked once again,

Nothing Earth-shattering there, we’re sure you’ll agree, but right now, we would rather Apple spend its time polishing iOS 10 and fixing bugs than adding new functionality, or removing it, for that matter!