The development of iOS 10 continues with iOS 10 beta 4 download now available for iPhone and iPad users. As we push towards a 2016 iPhone release, Apple has once again showed its hand with the progression of iOS 10, the firmware that will ultimately power the upcoming iPhone 7.

Apple originally introduced the first iOS 10 beta to developers immediately after the opening keynote of this year’s Worldwide Developers Conference in June. Since that reveal, the Cupertino-based company has followed up with two additional pre-release seeds, both of which have taken iOS 10 to the next level by streamlining the features and functionality that were not only introduced as part of the WWDC announcement, but that have also been subsequently exposed to developers and public testers as part of the ongoing testing process. 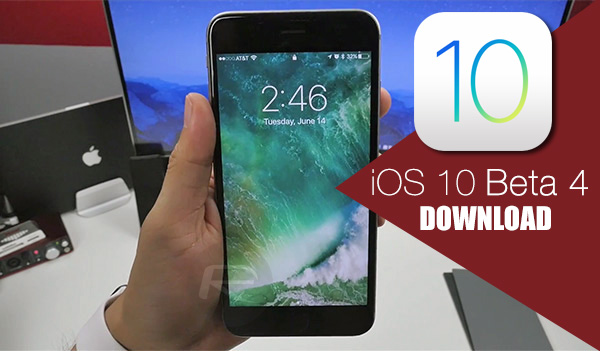 Today’s release may see iOS 10 come out in the form of a fourth beta which ultimately allows developers to continue their testing against a version of Apple’s platform with less bugs and something that is ultimately a lot more stable, but it also represents an exciting part of the journey to being public ready.

As part of that progression, Apple has started to put in place a lot more bug fixes and stability improvements that makes iOS 10 start to feel like it belongs on future Apple devices. Previous versions of the platform have been less than impressive in terms of performance, which of course is to be expected considering it’s still in relative infancy as a platform for compatible iOS devices. 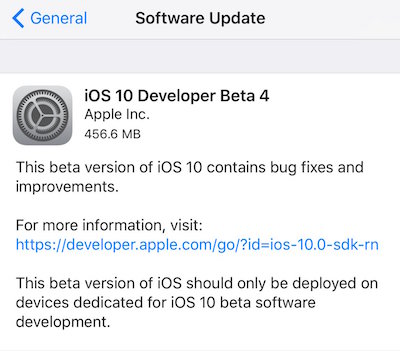 If this is the first time you are installing iOS 10 though, head to developer.apple.com to register yourself for iOS 10 betas. You can follow a full walkthrough on it here: Download iOS 10 Beta 4 & Install On iPhone 6s, 6, Plus, SE, 5s, 5c, 5, iPad, iPod [Tutorial].

iOS 10 beta 4 is currently not available to public beta testers (beta.apple.com) but it should be soon enough. We’ll let you know as soon as it does. Stay tuned!