The team behind the insanely popular PUBG Mobile has officially made version 0.6.0 available in a beta capacity. This particular release relates to the global English version of the game and means that we are one step closer to an official public release.

The immediate availability of the beta version of 0.6.0 to invited testers means that it is now only a matter of time until 0.6.0 of the title is released to the general public. Which, of course, means that the global English version of the game will become one step closer to being in parity with the Chinese version of the title.

It’s the latter version which has historically received the early updates, with the publicly available version of the Chinese variant currently sitting at 0.7.1. The global version is getting close but it’s not quite there yet.

It doesn’t seem like the PUBG Corporation has issued official release notes or comprehensive changelogs with this beta but there are definitely a few things that gamers should know about. first and foremost, PUBG Mobile 0.6.0 global version brings with it first-person playing action allowing gamers to look directly down the barrel of their gun and play the game from the perspective of the character rather than in the third-person.

It’s also now possible to display additional details about the weapons which currently held. Gamers will also be able to equip themselves with sub-weapons, meaning that it’s possible to hold two main guns and a pistol. 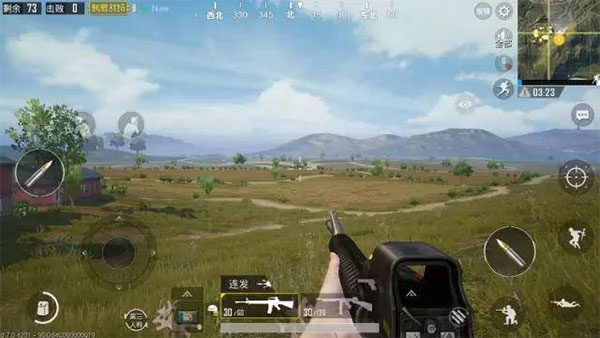 There is also a fun new Arcade mode which puts 100 players into a 4×4 map with triple loot drops and old-school classic gaming rules. For those who are used to playing the original PC version, then this should make you feel a little more at home.

As you can see, this isn’t a huge update on the same scale as the earlier MiraMar map release, which should hopefully mean that it will only spend a minimal amount of time in a beta capacity before it’s finally released to the public. With that said, it needs to be tested and the company needs to be confident that version 0.6.0 is capable of performing well when it’s released to the public.

We’ll keep you updated and let you know as soon as it goes live for everyone.