The PlayStation 4 may be svelte when compared with the Xbox One, but nobody ever accused it of being portable. That didn’t stop the PlayBook 4 being created, with a PS4 being shoehorned into a mobile chassis alongside a 22-inch display that made the whole thing look like a large notebook. There was no keyboard to type on, but the resemblance was there nonetheless.

A new version of the PlayBook 4, themed to look like R2-D2 from the Star Wars movies, has now been shown off in a video that is sure to have PlayStation and Star Wars fans making all kinds of wookie-like noises. We’re told that’s a good thing. 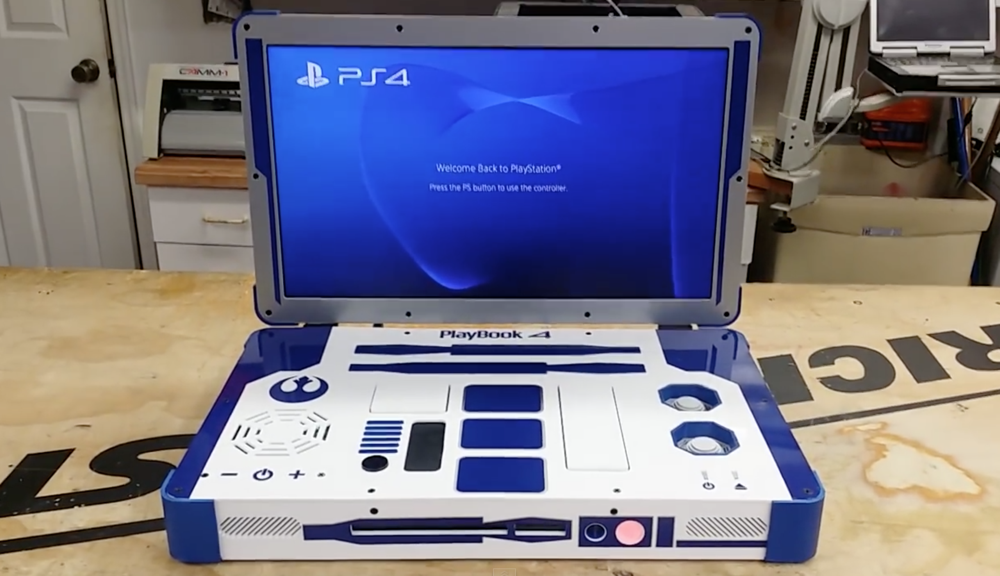 The new R2-D2 PlayBook 4 appears to have a standard PS4 inside and keeps the same 22-inch display that the original used. The general premise is also the same, with the unit allowing anyone to play PS4 games wherever they want so long as they have a power outlet to plug the thing into. This time though, the entire unit is white and blue, with a flashing light that alternates between red and blue seemingly at random to better replicate the robot himself.

If you’re a big fan of Star Wars then this is surely set to appeal to you, and that’s before we tell you that it includes the hardware required to make it talk. Star Wars sounds that accompany common actions like powering the thing on are also likely to keep the Star Wars faithful happy.

We don’t know how much the R2-D2 version of the PlayBook 4 will cost, or indeed when it will be available, but given the original’s $1395 price tag, we doubt this one will be in a price bracket too dissimilar to that one. Still, if you need to play PS4 games on the move and only an R2-D2 flavored console will do, then this is the machine for you.

No matter what cost!