The premise is that nobody can compete with the iPhone because of the way it is so tightly interlinked with the services that Apple offer, something Samsung has tried to emulate but hasn’t quite managed yet. 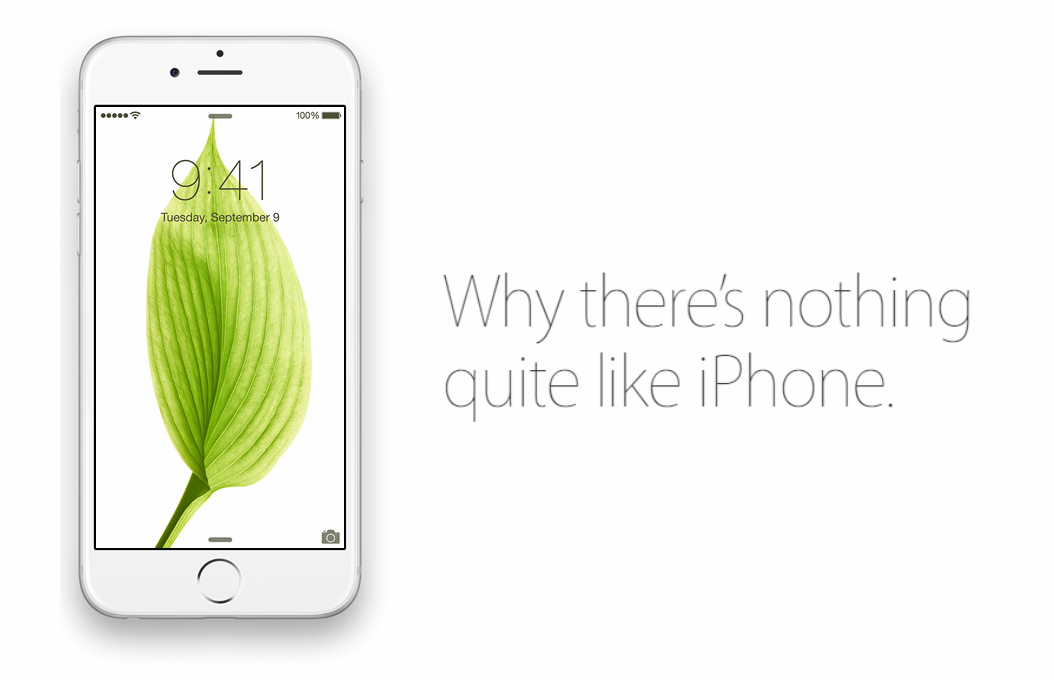 Currently published on its own home page and iPhone product pages, the advertisements feature a scrolling element which highlights some of the iPhone’s key aspects.

Every iPhone we’ve made — and we mean every single one — was built on the same belief. That a phone should be more than a collection of features. That, above all, a phone should be absolutely simple, beautiful, and magical to use. 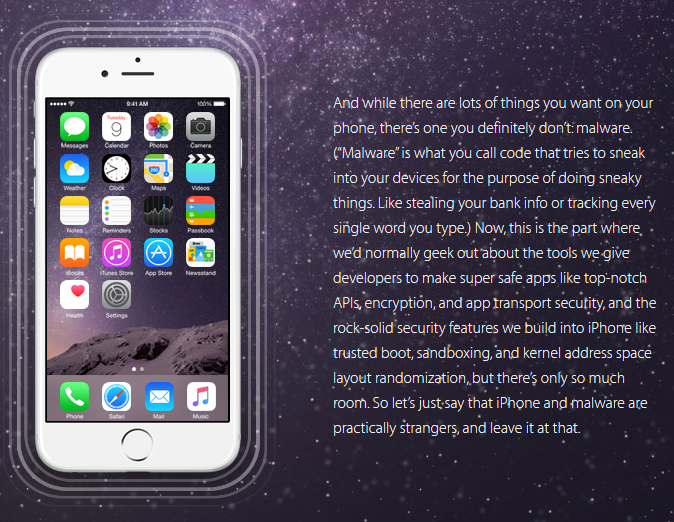 The advertising campaign highlights the tight integration between Apple’s hardware and software services, focussing on camera capabilities, available apps, health, protection against malware, security, Apple Pay amongst others. Security also plays its part in the campaign.

This new line of advertising comes hot on the heels of Apple’s “If it’s not an iPhone, it’s not an iPhone” advertising focus, with Apple apparently keen to point out that while the completion has its own smartphones and services, the iPhone stands on its own as the smartphone that so tightly integrates everything together. Apple has long hung its hat on being able to do what no other computer and then smartphone maker is capable of thanks to its ‘everything under one roof’ approach, and this new campaign simply builds upon that.

While perhaps not strictly adverts considering they are running in Apple’s own web site, the campaign should see people make the jump from browsers to buyers if Apple has its own way. 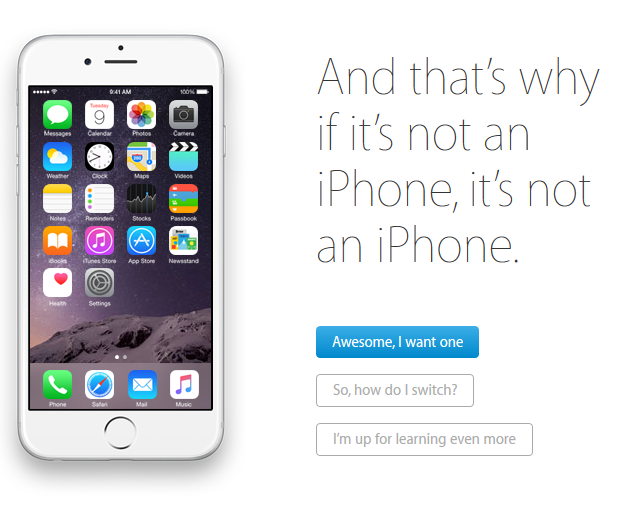 You can check out the full page with all the details over at Apple here.