Yes, that’s right, if you have been dicing around with the idea of being a proud PlayStation 4 Slim owner, then there has never been a better time to get your hands on the hardware. Sony’s extremely powerful 1TB version of the console is now on offer for Black Friday 2017, meaning that you can grab the PS4 for yourself, or for a loved one, right now with a staggering 34-percent discount applied.

Sony’s PlayStation 4 is widely regarded as the most popular gaming console in the world at the moment, competing in a category of its own. 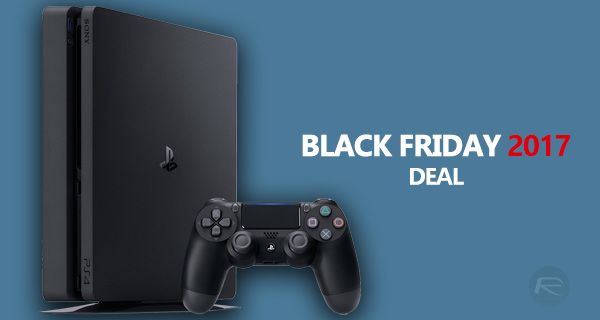 Originally introduced back in 2013 as a successor to PlayStation 3, the PS4 was a huge step forward in terms of processing and graphical capabilities, meaning that developers and publishing houses were able to really up the ante with next-generation games that are often difficult to distinguish between the real-world. The PlayStation 4 Slim is the continuation of that line, offering the same power and capability bundled into a smaller more streamlined shell.

This particular deal is worth taking a look at purely for the fact that you are going to be able to take advantage of a staggering 34 percent discount, taking the cost of PlayStation 4 Slim ownership down to just $199.00. That price includes the PlayStation 4 Slim console as well as a matching and official DualShock 4 wireless controller which comes with the new and improved touch-sensitive area and built-in lighting area that is now widely used in modern gaming.

The deal is for the 1TB version of the console, offering a whopping amount of storage space for games, movies, TV shows, music, and much, much more thanks to the variety of applications and experiences which are available to download directly to the console.

For those that like a bit of technical information to assist with the purchase decision, PlayStation 4 Slim will come with that aforementioned 1TB hard drive with an accompanying 5GB of GDDR5 RAM. It includes an AMD Jaguar 8-cores GPU and built on top of the AMD Radeon graphics engine. And, of course, some of the greatest gaming developers in the world offer cutting-edge experiences for the hardware, with certain publishers like SledgeHammer Games and Activision offering exclusive content for games like Call of Duty: WW2 purely to PS4 owners.

What are you waiting for? Go grab it right now before the price rises again.