Production Of Galaxy Note 7 Has Been Suspended By Samsung [Updated]

It appears that Samsung has finally taken the internal decision to suspend production of the Galaxy Note 7 hardware, at least temporarily, after a number of high profile incidents, reports Yonhap.

Samsung has decided to work closely with safety regulators in the United States, China and Korea to not only halt the number of issues that are occurring, but to also see if the Note 7 actually has a future in the market where it was initially introduced back in August. One of Samsung’s top executives took the opportunity to describe the hardware as “the most intelligent smartphone” that the South Korean company had ever had the privilege of producing and releasing.

The company clearly had big hopes for its flagship smartphone, hoping not only for it to bring financial fortunes to the business, but that it would also help cement Samsung’s place as one of, if not the top smartphone manufacturer in the world. Less than two months later, things clearly haven’t gone how Samsung would have imagined.

An initial recall of Galaxy Note 7 hardware was seen as most definitely the right thing for Samsung to do. If an issue occurs, it’s only right and proper that the company involved acts promptly to resolve the issue, to not only put a plan in place for consumers, but to also assist with rebuilding reputation where necessary.

Things got under control for a while until a number of those replacement devices, which had been deemed to be “safe”, starting showing signs of having the same issues; catching fire on an airplane, and even melting into the hand of a 13-year-old, among five other incidents in the U.S. alone.

The news about the Samsung production halt follows hot on the heels of a number of carriers in the United States announcing that they would no longer sell Galaxy Note 7. AT&T, T-Mobile, and Verizon are all offering consumers the opportunity to replace affected Note 7 phones with either a different Samsung smartphone, or a different model device altogether for those who no longer feel like they can trust what Samsung makes. 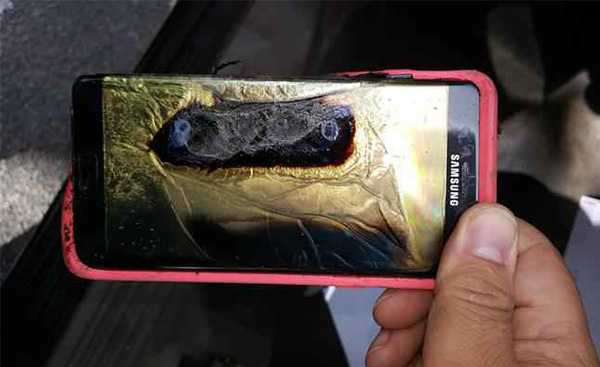 This temporary suspension of production may make it sound as if the Galaxy Note 7 will be making a comeback, and while we remain skeptical about that, only time will tell on that front.

Update: Samsung has now provided following statement on this report:

We are temporarily adjusting the Galaxy Note 7 production schedule in order to take further steps to ensure quality and safety matters.