Hot on the heels of competitors AT&T and T-Mobile announcing that they have taken the decision to cease selling the troubled Samsung Galaxy Note 7 smartphone, Verizon has now confirmed that it too will no longer sell the replacement handset model which was believed to be safe.

Following a number of reports (seven to be exact in the U.S. alone) surrounding replacement Galaxy Note 7 handsets which have gone on to catch fire or explode, Verizon has now confirmed that owners of the handset can take their phones into one of its stores and exchange it for another, non-Galaxy Note 7 smartphone. Samsung, for its part, has temporarily ceased production of the now surely doomed flagship smartphone. 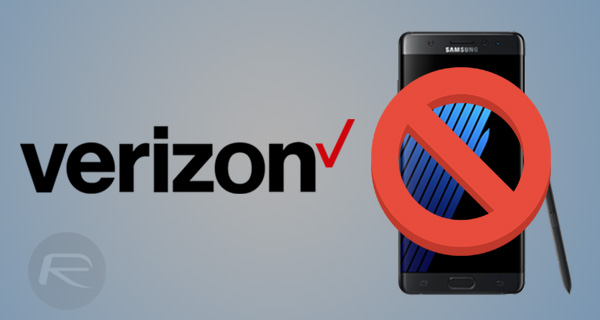 At this point there isn’t much of a discussion to have regarding Samsung and its ill-fated Galaxy Note 7.

Following weeks of issues, recalls and now reports that the replacement handsets are now also susceptible to fiery issues, we can’t stress this enough; if you own a Samsung Galaxy Note 7, no matter whether a replacement handset or an original, turn it off and take it back to the store and get another phone.

Any of the major carriers in the United States will take the phone back as part of an exchange, and we hope carriers around the globe will do the same. Few can argue that the Galaxy Note 7 is not a flawed device given the latest spate of reports, and when there is the possibility of your smartphone catching light whilst you sleep, these are not the times to push one’s luck. Hopefully Samsung will see things the same way and announce another full, and permanent recall.