Three new batteries have appeared in online certification databases with the suggestion being that they will be the parts offered in Apple’s 2020 iPhones. They were first spotted by MySmartPrice and it appears that they might be smaller capacities than those used in the iPhone 11 lineup.

The three new batteries carry the model numbers A2471, A2431, and A2466 and are all available in three different databases – Safety Korea, China’s 3C, and the Danish UL Demko.

Apple is expected to announce four new iPhones later this year, but two of them are set to use the same battery because they’ll be the same size overall.

Based on the information from the databases, this is what we appear to have incoming. 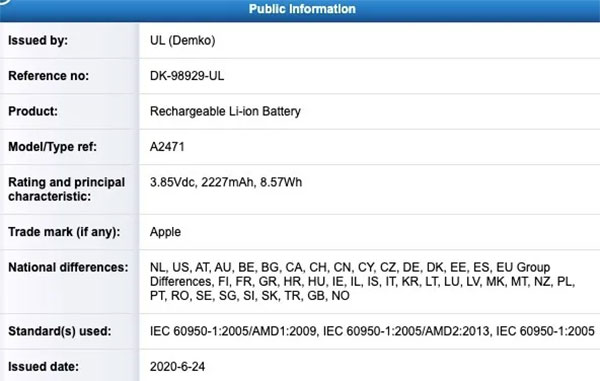 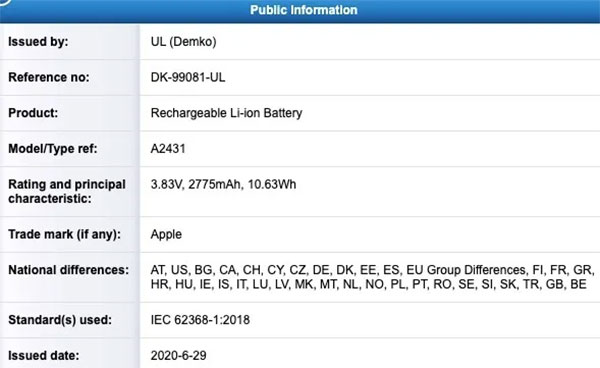 With Apple having increased the size of the iPhone 11 batteries when compared with the iPhone XS lineup, it’s interesting to see Apple go the opposite direction with the iPhone 12. Whether this will mean worse battery life depends on how power efficient the new Apple A14 chip is, among other things.

As with all iPhone 12 rumors, we don’t have long to wait to know for sure. Apple will likely announce all four new iPhones in September.