Popular iOS 8 Widget ‘Launcher’ Returns To The App Store, Download It From Here

Launcher, a popular widget that offered users the ability to add a number of quick, convenient shortcuts, was hastily removed from the App Store as quickly as it arrived back in September. The reason behind its ousting was to do with Apple not liking the manner of Launcher’s functionality, with the Cupertino’s App Store moderation concluding that it wasn’t appropriate. However, it seems that Apple has now reversed this decision, and the much-celebrated Today widget app can be downloaded and used once again. More info, as well as the direct download link, can be seen below.

The cool thing about Launcher was that you could add just about anything you wanted to the Today menu, be it a shortcut to FaceTime a contact, send a Tweet, or check Maps for a trip to a designated location. Thanks to its reinstatement, we needn’t speak of it in the past tense, and since it has made its dramatic return, this is the perfect time for those of you unfamiliar with Launcher to finally give it a whirl. 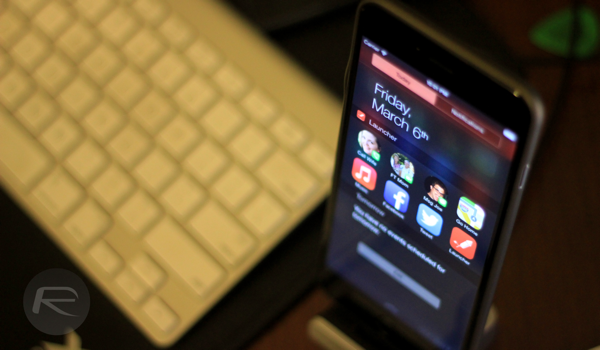 As you can see from the screenshots, it keeps all of your shortcuts neat and orderly, while Launcher is completely free to download and install, you will want to be unlocking the Pro version for the full-on, unadulterated experience. For a $3.99 in-app purchase, you can do exactly that, and although the App Store has accumulated a number of great widgets over the past six months following the launch of iOS 8, this is one of those that once you’re accustomed, you’ll always want to be using it. 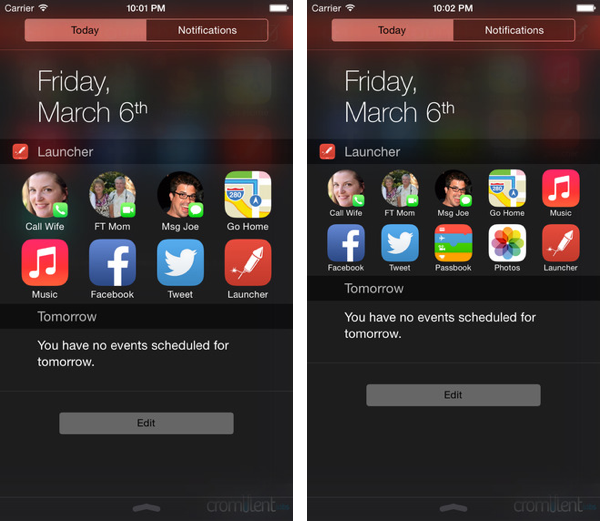 The fact that Apple has changed its mind and decided to lift the restriction is a bit of an eyebrow-raiser, and while details on why exactly the company reversed its decision are unknown, we’e certainly grateful to see Launcher back in the App Store. 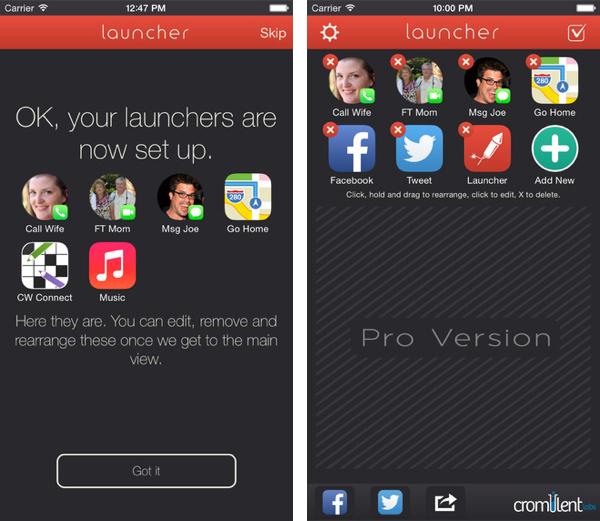 As a side note, it’s always good to have your apps downloaded to iTunes and stored on your computer, since, even if they’re removed from the App Store, you can still sync them to your iPhone or iPad with no hassle whatsoever.