Recently though, Sony released a teaser video which offers some sideways glances at the PlayStation 4. There’s not a great deal to go on, and not one frame shows enough of the machine to get a proper idea of what it will look like. In fact, we probably know less having seen the teaser video than we did before!

That hasn’t stopped one Reddit user from taking the time to cobble together a PlayStation 4 design concept based on that teaser. Each glimpse offered by that video is accounted for in the concept, and the result is something that actually looks quite like the original PS3, albeit with sharper edges and more angles. Imagine a cross between a stealth bomber and the car from Knight Rider, and you won’t be too far off. 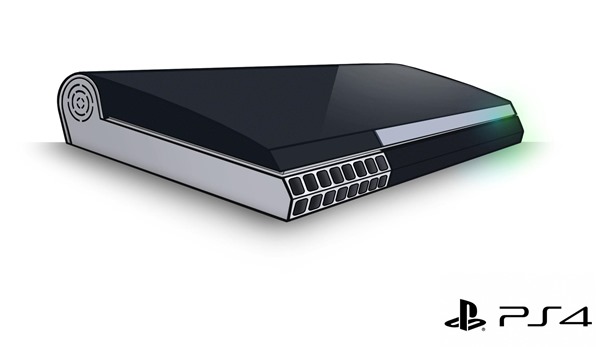 Of course, even with all the work being put into this concept thanks to Sony’s own teaser, we’re still no wiser as to what we will be placing under our TVs in six months time. With Microsoft’s Xbox One resembling a DVR more than a game console, we’re interested to see what approach Sony’s PS4 design team have taken with their creation.

Both the Sony PS4 and Microsoft Xbox One are set to come to market around November or December time this year, placing both in direct competition with each other. Such a direct hardware battle hasn’t happened since the days of the Sega Saturn and the original PlayStation many moons ago, and we all know how that turned out. Sega was forced to abandon the hardware market after the Saturn, and then Dreamcast failed to take a foothold against Sony’s growing PlayStation brand. Microsoft is in a much stronger position now than Sega was back then, but with people’s wallets now lighter than ever, which will they choose to buy?