After initially announcing OS X El Capitan release date at its September 9th media event. Apple has now issued an official press release to remind us all that the next-generation of OS X will ship tomorrow, September 30th, and be available via the Mac App Store.

Apple is continuing with the recent trend of offering the latest and greatest version of its desktop operating system as an entirely free-of-charge update via the Mac App Store. The final public release of OS X 10.11 comes after a fairly substantial beta testing program that was not only afforded to developers, but also offered to the general public who opted to register for the Public Beta Program.

People love using their Macs, and one of the biggest reasons is the power and ease-of-use of OS X. El Capitan refines the Mac experience and improves performance in a lot of little ways that make a very big difference. Feedback from our OS X beta program has been incredibly positive and we think customers are going to love their Macs even more with El Capitan.

Like the transition from iOS 8 to iOS 9, OS X El Capitan represents more of an evolutionary step forward rather than an update that brings sweeping changes across the board. Apple has concentrated it’s engineering efforts on stabilizing the platform and making significant performance improvements that should offer an enhanced user-experience across the wide range of supported Mac hardware. Tim Cook’s company has yet to put a time on when the switch will be flicked, but rest assured, El Capitan will be with us in its final form at some point tomorrow. 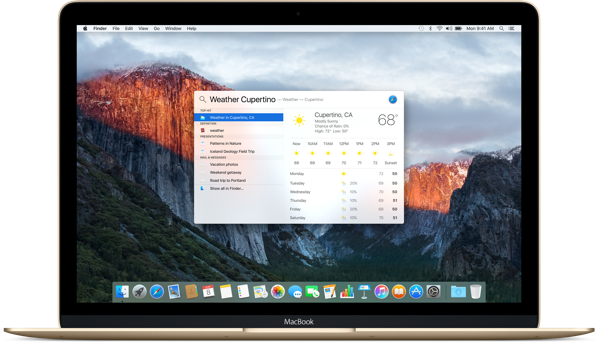 As always, we will post about it here on RP as soon as they download of OS X El Capitan goes live. Stay tuned.