In a few earlier posts of mine as well, I have stated the biggest challenge that I faced when I jumped ship from iOS to Android – the terrible battery life of the phone, and the quest to improve it. It’s not really a particular device’s fault, either; the way Android is coded, it’s bound to eat more battery. Nevertheless, there were quite a few tips and tricks that I came across, along with apps like JuiceDefender that worked wonders as per masses, and perhaps rightly so. However, then I came across another reliable source that advised against using the said app, since that actually contributed to poor battery life, according to them. Beyond that, JuiceDefender is paid if you want total control, so that’s another caveat.

The quest for a better and (preferably) free solution continued, until I stumbled across One Power Guard. As per the developer, it’s an “amazing product that saves energy for your Android device under all circumstances”. The claim is bold, so I decided to take it for a spin, and after what I’ve seen, it’s hard to say that I have any grounds to disagree with the claim.

To begin with, the app is free, completely. It offers six customizable power saving modes, all of which work in the free version, unlike JuiceDefender. Not only does it enhance battery, but also improves performance by optimizing system kernel and CPU, closing un-needed apps, adjusting and optimizing charging and Wi-Fi parameters, and some other tweaks. 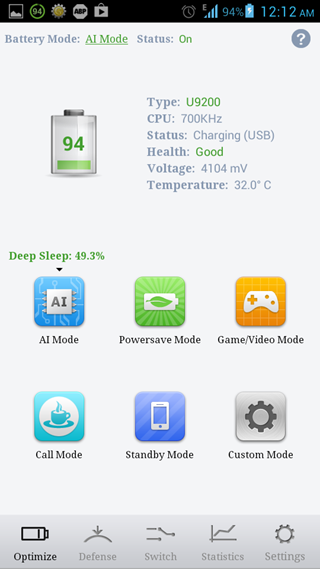 On the main interface, you get all the six modes, one each for Powersave (general energy consumption), Game/Video (finding a balance between graphics performance and power saving strategy), Call Mode (enhanced talk times – the ones your manufacturer/carrier claim), Standby (CPU clock cycles down to the bare minimum for extended standby), and Custom mode, where you control everything. Then, there’s the AI mode, which learns and adapts to how you use the device, and then applies settings accordingly. 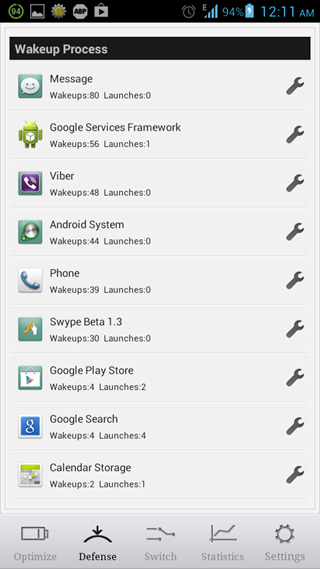 Like other battery monitoring apps, One Power Guard also lets you work with statistical data, and configuring apps individually for better control. The “Switch” tab at the bottom provides quick toggles for those areas of your Android phone that can potentially impact your battery life, making it more convenient to manually change whatever you desire without having to leave the app itself. Settings are extensive, too, and provide great control over how you want to set One Power Guard up. 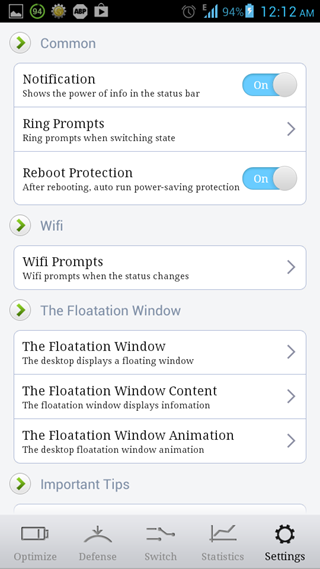 Over all, this is one decent app, the likes of which I haven’t seen many. It combines, in my experience, the best of, say, JuiceDefender and Better Battery Stats, and then adds some of its own. Do give One Power Guard a shot, and you may end up loving it as much as I do.

(Source: One Power Guard for Android on Play Store)