According to well-known publisher Barnes & Noble, Steve Jobs’ very own approved biography will be officially available on November 21st, 2011, instead of the previously announced date of March 23rd 2012. The reason for this change is unclear, but it brings us a few months closer to Jobs’ biography. 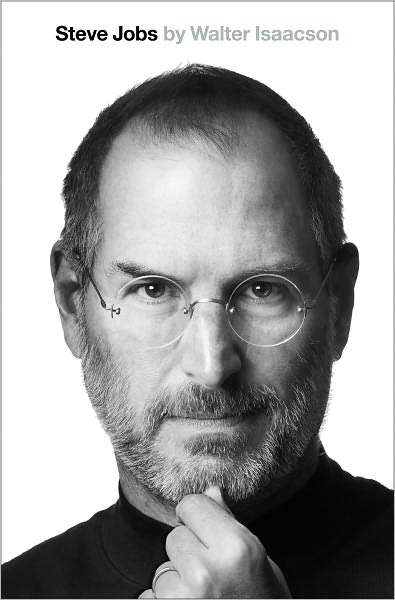 This biography, simply titled Steve Jobs: A Biography, goes over the CEO’s troubled but ultimately rewarding life as a businessman, artist and geek. Data was collected by interviewing Steve Jobs himself over a period of over two years, as well as several of his friends and relatives, and unlike previous unofficial Steve Jobs biographies, this one has been approved by Jobs himself, although he had no control over its content, which is understandable.

The biography highlights Steve’s vision of connecting creativity with technology, as well as some details about his personal life. Jobs, who has very often been secretive about his personal life, has interestingly felt the need to let the details of his past be known. According to him, there are no “skeletons in the closet” that can’t be let out:

I’ve done a lot of things I’m not proud of, such as getting my girlfriend pregnant when I was 23 and the way I handled that, he said. But I don’t have any skeletons in my closet that can’t be allowed out.

The book’s cover, shown above, is also very simple: just a black and white picture of his face. For those Apple fans who expected pictures of vintage Apple gear, sorry, that won’t be the case here. Yet, old references to Apple’s ways will likely be found, so that’s something to look forward to.

Steve Jobs, born in 1955 and graduated from high school in 1972, quickly dropped out of Reed College after only one semester. In 1976, he founded Apple which quickly became a billion-dollar business after the success of its flagship product, the Apple II. The Macintosh, an attempt to affordably bring a graphical user interface to everyday consumers wasn’t that much of a success and Steve Jobs, who was heading the Macintosh division at the time, was ousted by Apple’s board. During his time outside of Apple, Jobs started up another personal computer company named NeXT, which was later purchased by Apple in 1997, quickly making Jobs the company’s new CEO in wake of declining revenues and a lackluster product line. As CEO of Apple, a position he still holds today, the business was turned around and has managed to be successful in new fields such as multimedia and communication, with the iPod and the iPhone respectively.

Jobs’ biography will be available from Barnes & Noble for $14.99 in eBook form and $20.40 in hardcover form. This biography will finally give Steve’s life the attention it deserves.