Xbox 360 Will Get A Matte Finish, Shiny To Be A Thing Of The Past [IMAGE]

It’s not been a great year for glossy gadgets. Apple recently quietly discontinued its uber-shiny white MacBook from range in favor of the more sophisticated finish of the MacBook Air and MacBooks Pro, while Sony has also moved on from the early days of the PS3, which too sported a glossy finish. 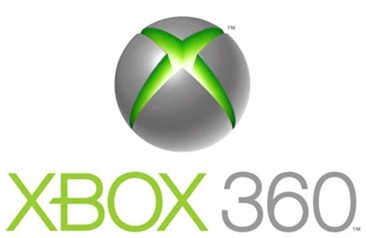 Now it appears that Microsoft has followed suit. Despite impressive sales which have catapulted the Xbox 360 to the summit of the US console market, glossy products have not fared well in opinion polls of consumers due to their susceptibility to fingerprints and markings, which are as eye-catching as the unit itself. Xbox Live’s Larry Hryb, a.k.a Major Nelson shed some light on how the Xbox 360 range would be overhauled, and urged those who like glossy look not to hang around. “We are actively transitioning all our Xbox 360 S consoles to a matte finish,” he noted. “The consoles will start to arrive in stores over the coming weeks, so if you really love the idea of a glossy console don’t wait much longer.”

Microsoft’s 4GB 360 console is finished with matte coating, and it seems as though the rest of the range will also be getting tarred with the same brush. The aim of the move is supposedly to simplify the retail lineup and production process of the Xbox 360.

As well as the issue of highlighting the flaws, it does seem as though glossy is no longer the in-thing when it comes to consumer electronics. The once sharp and elegant trait is now often seen as a hallmark of cheap and tacky, and it seems companies such as Sony, Apple and Microsoft have latched onto this notion and are updating product ranges accordingly. Of course, this isn’t set in stone, as some products – notably TV’s, do still benefit from a lick of the glossy stuff. But the general trend does seem to be that glass, metal and matte are the popular choices.

So as Major Nelson says, if you do like the shiny gloss, you’d better pick one up sharpish, otherwise you will be left only with eBay. Anyway, just to wrap the whole story up; would you buy an Xbox 360 with a matte finish or would you prefer to own one with a shiny finish instead? Leave your comments on our Facebook fanpage!