Oh those lucky, lucky fellows. Engadget’s Nilay Patel has had his hands on one of the new 15" MacBook Pros to test, and it’s one impressive-looking machine. Just running through the specs sheet makes my wallet cry, but is it worth it? 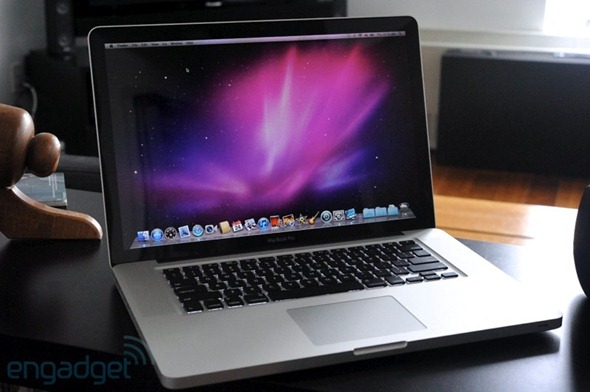 As for performance, we were given the $2,199 configuration with a 2.2GHz quad-core Sandy Bridge Core i7, discrete AMD Radeon HD 6750M graphics, 4GB of RAM and a 750GB HD, which clocked a preliminary GeekBench score of 9647. We’ll have tons more testing in our full review, including detailed comparisons of the discrete chip with Intel’s new integrated HD Graphics 3000.

We’re sure you’ll agree, that’s certainly not an entry-level machine, and it most definitely doesn’t have an entry-level price tag. Weighing in at a not inconsiderable $2199 you expect some new tech, and this year that comes in the form of Light Peak, or as we’re not being told to call it – Thunderbolt. 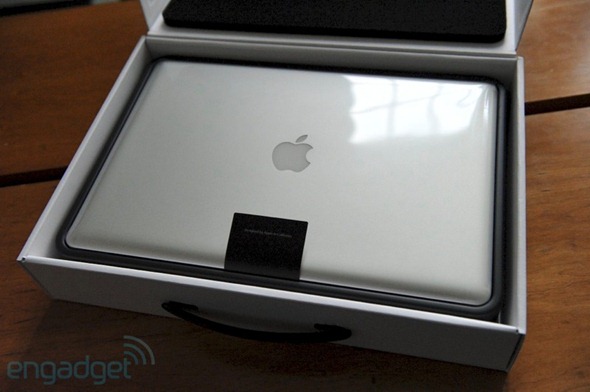 If you can look past the ridiculous name – and it takes some looking past  – this is the future of data transfer. Promising 10Gb/s in both directions simultaneously, Thunderbolt replaces your existing DisplayPort connection with one of Intel’s new-fangled ones. Now, both data and video can co-exist in just the one cable. Yet more space-saving technology from your friendly Apple engineer! 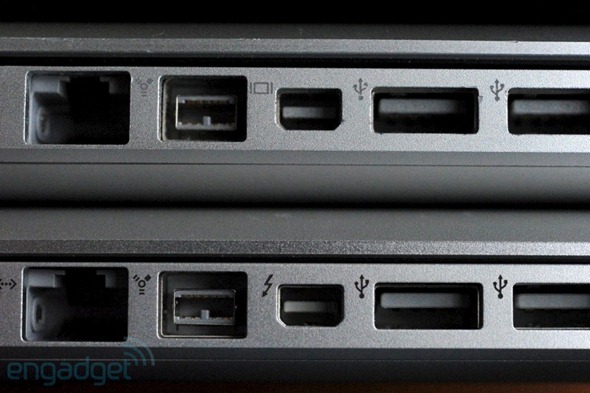 According to tests the speeds are indeed impressive. Duplicating a 5GB file on a RAID array took seconds, maxing out at around 700mbps. Just how fast is that? FAST!

Unfortunately however, Thunderbolt hardware isn’t readily available, so the only thing you’ll be plugging into your shiny new MacBook Pro’s port will be a monitor (all your existing dongles WILL work). Hopefully 3rd party accessory manufacturers won’t be too far behind with their external hard disks and the like.