As of early last week, Samsung has taken over London Heathrow Airport’s Terminal 5 in a typically over-the-top ad campaign that has seen the entrance renamed “Terminal Samsung Galaxy S5.” On top of that, the place is awash with billboards advertising the Korean company’s most celebrated handset, and this exhibition is set to continue for another week yet. Before Samsung’s takeover, though, Nokia – now Microsoft – had quite a sizeable advertising stake in Terminal 5, and given the mobile industry rival, it’s no surprise that the Windows Phone giant has begun trolling Sammy’s efforts with a little campaign of its own.

The “Lumianauts” are, as the name suggests, astronaut-clad folks out to push the Microsoft Mobile Lumia amid a wave of Galaxy S5 promotion, and even though there are serious undertones in that the Lumia is vying for the affections of the same consumer base, the Windows maker’s own efforts are generally light-hearted and tongue-in-cheek. 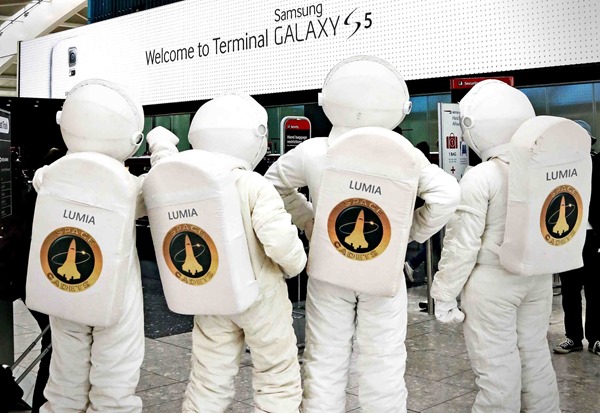 Indeed, the Lumianauts appear to be lost, searching for a flight into the Galaxy. Having not found anything particularly noteworthy in the terminal, the Lumianauts are clearly not impressed by the Galaxy S5, but then again, this shouldn’t be at all surprising.

The Galaxy S5 was announced at the Worldwide Developers Conference back in February, and even though it was met with mixed reaction at the time, it launched last month to record first-weekend sales for a Galaxy handset. Since then, it has been heavily lauded for its exceptional display and camera – which boasts 4K video support among other great perks – and even though the recent high-end Lumias have also continued to push a high-spec camera ethos that began some years ago with Nokia, Microsoft has a lot of groundwork to do before these handsets can class themselves as legitimate Galaxy competitors. 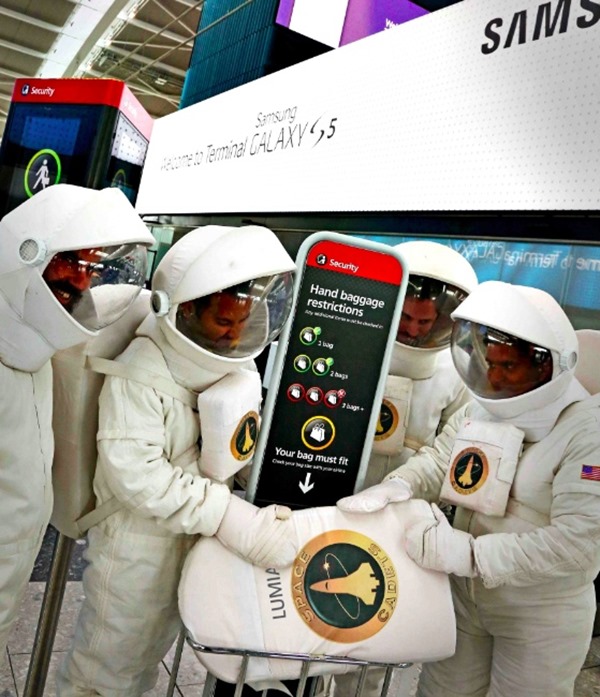 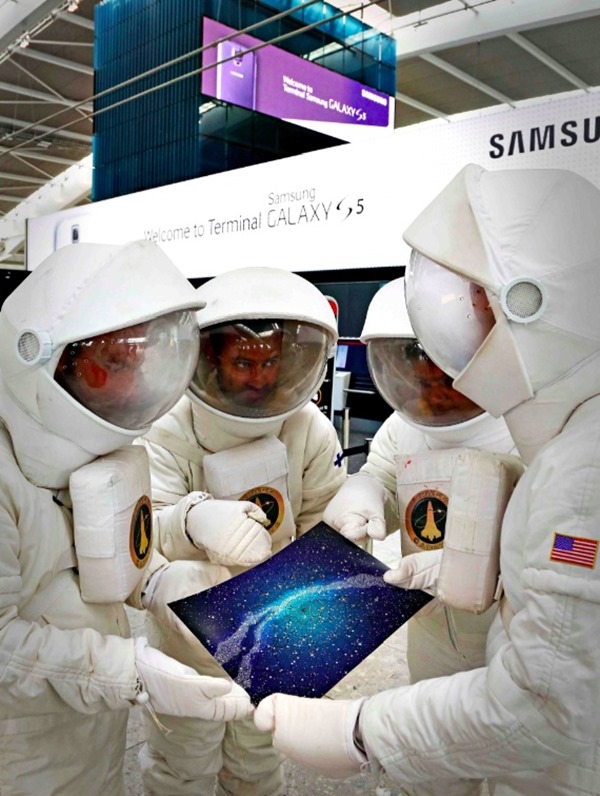 Microsoft also noted that in the Lumia, it has a device that “is always out of this world,” another subtle pop at the Samsung Galaxy naming. But even though, as a Lumia 1020 owner myself, I find it very much conceivable that Lumia could one day challenge the likes of the Galaxy, Microsoft will have to greatly expand and enrich the Windows Phone ecosystem before we see the day.