If you were thinking of picking up a Nokia Lumia 900 and happen to live in the UK, then you may wish to hold off on that purchase for a little while, with some interesting news coming out of the Finnish phone maker. In fact, if you’re also a fan of the super awesome Batman, then you’ll definitely want to hold your horses.

According to UK-based Pocket-Lint, Lumia maker, Nokia, has confirmed to them that a special edition Batman version of the Lumia 900 will indeed go on sale at some point in the future, though no specifics were shared during the apparent conversation. Those with memories better than a goldfish will no doubt remember that the Lumia 800 also got the Batman special edition treatment, so the news that the latest model in the Lumia line is also set to see a special edition based on the popular superhero should not be a surprise. 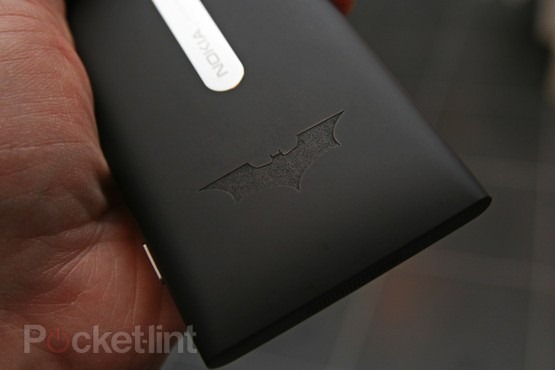 At the moment, concrete details on what may or may not be part of that special edition smartphone are rather vague, but if Nokia follows the same pattern with the Lumia 900 as it did the 800, then we suspect the phone’s box will also receive something of a makeover, with a shiny Batman logo placed upon a matte black box. Snazzy!

The Batmen edition of the slightly popular Lumia 800 also featured a rather fetching Batman logo, too, with the emblem being lazer etched into that rather nice looking polycarbonate chassis. If you like polycarb, and you like Batman, then the chances are you’ll be climbing over your loved ones in order to get your hands on this particular Window Phone handset. It’s a shame the same cannot be said about the rest of the Lumia line-up!

Nokia’s Lumia line of smartphones is the company’s last ditch effort to make itself relevant in the current smartphone market. After allying itself with Microsoft and using the Redmond outfit’s Windows Phone smartphone operating system, Nokia is hoping to begin the long road to recovery having previously been a mobile phone powerhouse. A collection of poor financial performances and the rise of both Google’s Android and Apple’s iOS have left Nokia struggling behind the likes of HTC and Samsung. At this point, we suspect Nokia’s board would kill to be on a par with Samsung.

Can a special edition of a smartphone that is already set to receive a lukewarm welcome be enough to save them?