If it isn’t the battery life on the iPhone that people have cause to grumble about then it’s the signal strength, and let’s be honest the iPhone has been known to give consumers both battery and signal power ammunition in the past. Thankfully there hasn’t been a great deal of complaining about the received signal strength recently, but anything that serves to give it a little boost can’t be a bad thing, right? 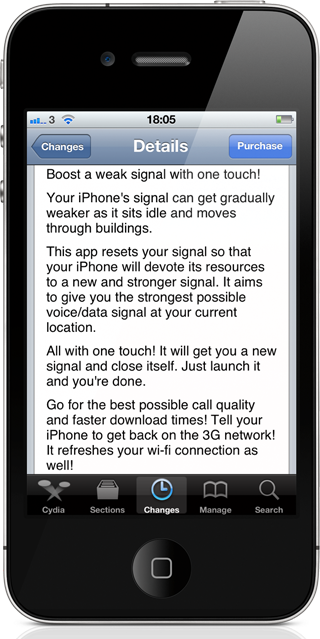 While it may look like the phone just miraculously connects to the airwaves when you turn it on, there is actually a significant amount of telecommunications wizardry that goes on in the background to afford people with the luxury of making and receiving calls on a mobile phone. Each network is made up of a complex array of cell towers that broadcast their signal around the local area and as you might expect, signal is going to be stronger in some areas than it is in others.

As handset users move around with their iPhone, the device jumps between cell towers, generally attempting to not only connect to the nearest base station but to also provide the strongest possible signal for that particular location. A lot of the time this isn’t always possible resulting in degraded signal strength or in some circumstances a loss of network connectivity altogether. The SignalRefresh app in Cydia offers a one-touch possible solution to this issue by basically pushing the iPhone off the network and forcing it to re-connect to the closest and strongest base station. 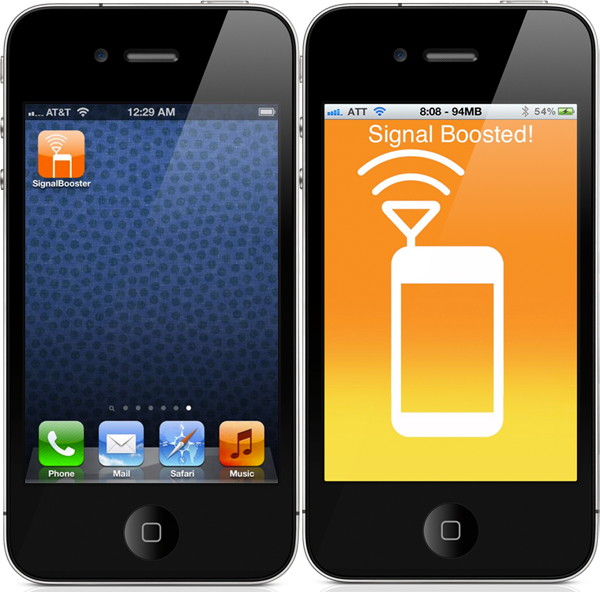 For the sake of clarity it is worth noting that SignalRefresh in no way contains any kind of hidden magic or offer any guaranteed solutions for users who may be suffering from severely poor and permanent signal. The package essentially acts as quick way of accessing deeply buried system settings and serves only to refresh the network and Wi-Fi settings in the hope that when it comes back online it picks up a stronger signal.

SignalRefresh does exactly what it says in the tin and in a lot of circumstances will provide a noticeably stronger signal for a certain subset of users, although the same result could be achieved by giving the device a hard reboot. SignalRefresh is available from the BigBoss repository for $0.99.