As Microsoft and Nokia move forward with their ever-evolving relationship that sees the Finnish hardware maker embedding the Redmond software giant’s creations into their smartphones, they have taken to the stage in a combined effort to not only unveil the new flagship Nokia Lumia 920 and 820, but also further expand on the Windows Phone 8 enhancements that were originally discussed back in June. It’s extremely rare that we can actually see a major device like this get to the announcement stage without various details leaking early and going public and staying true to form, the Lumia 920 sure enough contains a number of features that have been speculated about over the last few days. 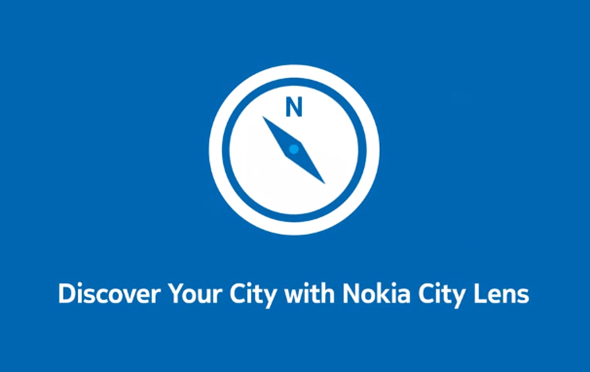 As part of her introduction to the Lumia 920, Nokia Executive Vice President Jo Harlow took particular delight in announcing a number of fantastic features and impressive innovations, one of which was the Nokia City Lens app, an inclusion that represents the “most intuitive way to explore the world around you“. The Nokia City Lens app will be extended, along with the native Maps app, to include fantastic augmented reality features that look seriously impressive on the Windows Phone 8 flagship device.

The power of technology is initially seen when using the Nokia Maps application, a service that now has augmented reality built right in as part of the mapping process. When a route is selected, users can opt to simply hold the device up at the world around them to display local Points of Interest on the display as well as still having the ability to hold their inputted route in memory. The Nokia City Lens app is equally as impressive, and rather than just searching for a local restaurant or a library, Nokia City Lens allows us to point the device at a specific part of our city and get immediate visual overlays that show the local Points of Interest. 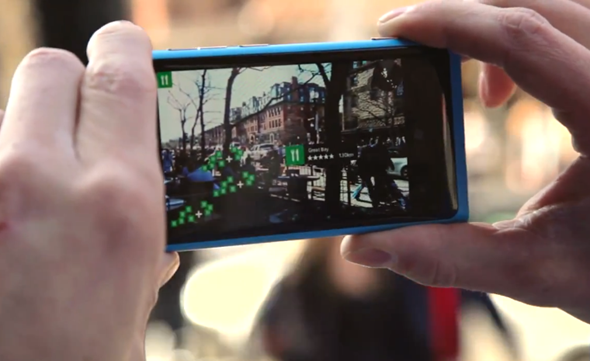 Information about shops, restaurants, libraries and any other local amenity will be displayed on the screen. Users can then choose to drilldown into a view that displays additional information about each, including important contact details and phone numbers that can be utilized directly from the device. Not only does the inclusion of this fantastic feature-set dramatically improve the Lumia 920, 820 and the Windows Phone 8 experience, but Nokia and Microsoft are hoping that it will let third-party developers develop “the best location applications with augmented reality that help us to discover the world around us“. The Lumia 920 looks like an extremely accomplished and powerful device, and accompanied by the Lumia 820, I’m confused which one to go for, both look fantastic devices.

Head over to this link and give Nokia City Lens a shot.