You know what they say, you wait for years for one Nintendo game to come along and grace mobile devices, and then before you know it you have three smash hit titles. Ok, well maybe that saying has been adapted a little bit, but you get the drift. Following on from the worldwide success of Miitomo, Nintendo has now officially announced a new pair of mobile games that are actively being developed for a projected release this coming fall. It seems that the global success and positive feedback from Miitomo has been enough to inject the mobile bug deep into the core of Nintendo.

Nintendo was actually taking the opportunity to push out some news about the current happenings with the company, such as providing consumers with a release date for the Nintendo NX game console including some specs and features, and talking openly about the delay of Zelda. But that’s for another time. We’re interested in what the company plans to do from a mobile gaming perspective during the rest of 2016. Rather than look to build and market an entirely new franchise, Nintendo plans on focusing on two already established platforms and porting them across into a mobile gaming environment; Animal Crossing and Fire Emblem.

Fire Emblem is an interesting choice, and will raise some interesting challenges. Rather than being aimed at the more serious console gamers, Nintendo will look to introduce a gaming experience that not only keeps the core concepts of the Fire Emblem experience, but also makes the game “more accessible” to users when compared against the current versions of the title. In short, you’ll still command a small army of soldiers requiring the usual skills, but it will be tailored to the small screen of a smartphone or tablet.

The Animal Crossing port to mobile will be an entirely different ballgame altogether. Nintendo has stipulated that the mobile version will be connected with the world of Animal Crossing on its current gaming systems. That in itself opens up a whole new world of questions that we don’t currently have the answer to. It’s possible that the mobile variant of the franchise could be an entirely new offering altogether or alternatively, it could be a companion experience to the current Animal Crossing titles that are available for Nintendo’s consoles and handhelds. We will update with more as it becomes available. 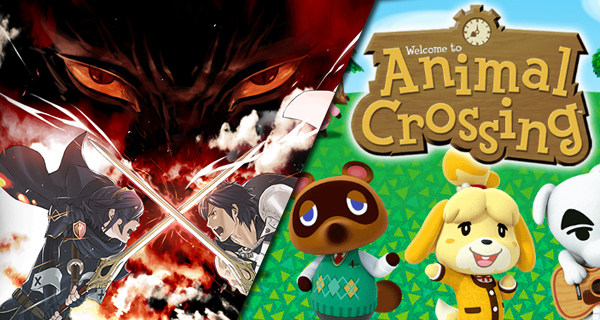 And just in case you needed to know, the Nintendo NX is scheduled to launch in March 2017, with more information to be announced later this year, but don’t expect the console to make an appearance at the upcoming E3 conference. As for The Legend of Zelda, well, it seems that the developers “need more time to polish the game”, meaning that it will now launch in 2017, “but it will be the focus of Nintendo’s presence at E3.”