After seeding beta 3 of iOS 9.3.2 to developers only yesterday, Apple has now released iOS 9.3.2 Public Beta 3 to those testers registered on Apple’s Public Beta Program.

iOS 9.3.2 represents the second major update to Apple’s mobile platform since the public reveal of iOS 9.3 immediately after last month’s “Let us loop you in” event in San Francisco. 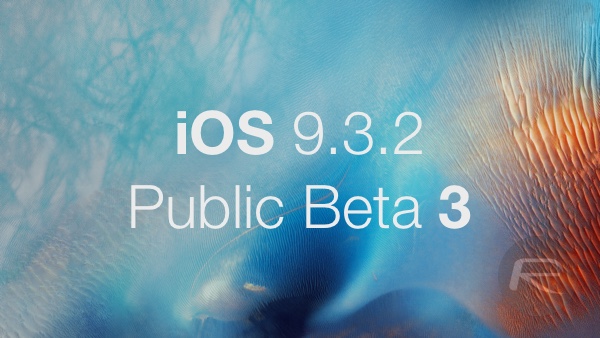 This is essentially the exact same firmware seed that was issued as beta 3 to developers, meaning that public testers can expect to receive an update that introduces a number of under-the-hood improvements. and fixes. This will, of course, feature the obligatory bug fixes as well that greatly improves the overall stability and underlying security of the iOS experience via an iPhone, iPad or iPod touch. We’re yet to identify any major changes within iOS 9.3.2 beta 3, but we will of course keep you in the loop if anything of note materialises.

With iOS 9.3.2 being a relatively minor point update, it’s likely that Apple will be keeping all of the important feature additions for the unveiling of iOS 10 during this year’s Worldwide Developer Conference (WWDC 2016) this coming June. With that said, we do however already know that iOS 9.3.2 has introduced a rather important bug fix for a Game Center bug that was displaying “white screen of death” to certain users. Not exactly the interface that you want when you’re trying to view a leaderboard or interact with Game Center connections. iOS 9.3.2 has also reintroduced the ability for Low Power Mode and Night Shift to work harmoniously with one another.

Those public testers taking part in the iOS testing experience are able to download this latest update via an over-the-air update providing an existing pre-release seed is installed on the device, and a valid certificate is located. This can be achieved by going to Settings > General > Software Update directly on the device. 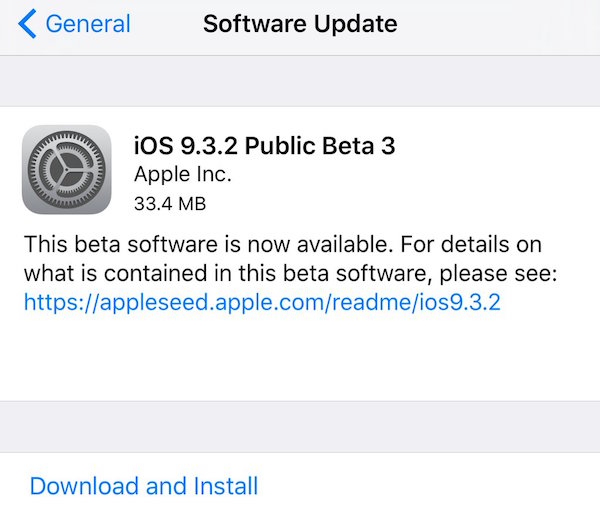 If you aren’t already signed up to beta test further iOS releases, but would like to be, you can register your interest at beta.apple.com right now.