Anyone with any type of pedigree in the world of jailbreak will be more than familiar with the name Elias Limneos.

Once a highly prominent figure in the jailbreak community with an array of thriving tweaks, he is now back with some more jailbreak-related goodness after becoming what would seem to be the first developer to hack Apple’s iPhone to access the internal NFC technology in order to have it respond directly to external NFC-based devices. 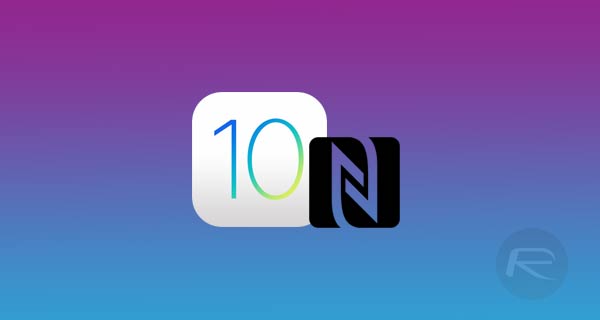 For one reason or another, trying to access the internal NFC goodness of an iPhone doesn’t seem to have been too high up on the priority list of those developers involved in the world of jailbreaking. Putting that aside, Limneos looks to have taken a break from his previously successful tweaks and creations to come up with his next idea which could potentially look to use NFC on iPhone for other purposes besides Apple Pay which it’s locked onto.

Presently, he has tested the functionality out with NFC tags and has been able to get the iPhone to instantly invoke a notification in the presence of an NFC tag containing identifying information about that device.

In order to show off the work, the Greek developer has posted a video showing the process put in place on a jailbroken iPhone 6s. That video includes the jailbroken device instantly responding to the presence of an NFC tag with the aforementioned push notification. As it stands, that’s not entirely useful and unlikely to get pulses racing in the world of jailbreaking, but it could definitely open up the door for an array of tweaks that could offer some real world benefit, such as being able to open up a door system fitted with a RFID lock. The device could also be configured to perform a very specific action, or set of actions when a tag is detected.

This will seem like a comical thing to get excited about for those who own an Android smartphone or tablet given the fact that Android device owners have been able to use NFC technology for a variety of things for years. However, Apple has always closed down NFC on its devices and used it purely for its own purposes rather than exposing it to third-party developers or equipment manufacturers. It’ll be interesting to see where this one goes, but for now, it’s good to see Limenos back hacking around with iOS devices.