We reported just last week of Apple’s purchase of 3D mapping innovator C3 Technologies in an overt attempt to branch away from the dominant Google Maps – prevalent on pretty much every smartphone – including iOS. 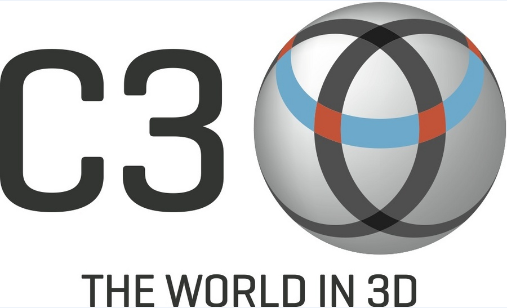 While Google initially gained popularity as a search engine, it has also become a household name offering turn-by-turn aid for those planning journeys. With Apple’s C3 acquisition comes potentially a direct challenge to that dominance, and it has now also been revealed that street views (just like Google) as well as interior views are an option. The street views are depicted below in a promotional photo: 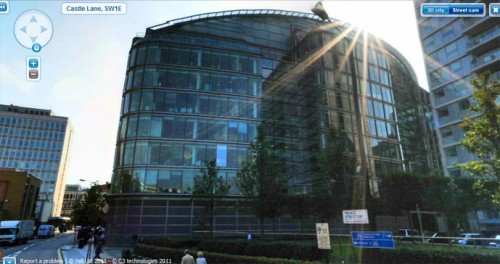 Perhaps more impressively, though is the possibility of interior panoramas: 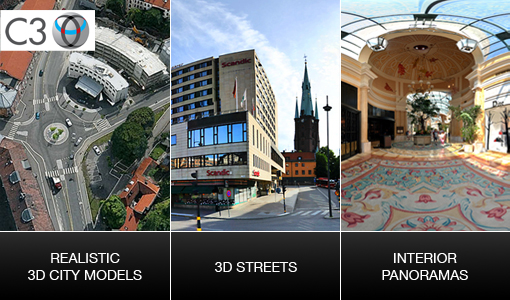 Both street view and interior view have been in the works throughout the course of the year, and if the snapshots are anything to go by, the technologies could have reached a near-marketable level.

Before the inevitable outcry ensues, obviously all interior panorama would be done with permission of the property owner(s), and it is thought it could be a useful tool for business to showcase certain facilities to prospective customers. The interior shots utilize the same stitching method as the aerial and street level maps and create a conceptually nice image that, in practice, would probably find it hard to find a place within the market.

If Apple does plan to go head-on down the Google route (no pun intended) with the captcha cars, it creates a helluva lot of unnecessary work for what would essentially be a duplicate application, and doesn’t seem like a worthwhile pursuit. It’s not going to help Tim Cook and chums shift more iDevices, and would just be created for vanity reasons – the ability to oust another remnant of Google from the iOS slate.

I digress, Apple has enough to deal with currently in stabilizing the iCloud (and subsidiaries therein such as iTunes Match), so I would think it will be quite a while yet before the fruit company begins to utilize the newly garnered technologies.

Can you see an Apple iteration of Google Maps / Street View taking off, or is it arriving to the party a couple of years too late? Leave your thoughts on our Facebook page, or indeed the newly created Google+ page.