Anyone ordering themselves a new Tesla Model S Plaid Plus car is going to have to wait a pretty long time before they take delivery. New orders are quoting a mid-2022 delivery date as of today.

The Tesla configurator has also seen an update in pricing across several different ranges, including a $10,000 increase on the aforementioned range-topping Model S Plaid Plus, as noted by Electrek.

This comes after Tesla had originally said that late 2021 would be the window new customers should expect delivery to happen in.

When unveiling the new refreshed Model S in January, Tesla said that the new version of the vehicle would come in just a few weeks, except for the Model S Plaid Plus, which was slated for late 2021.

Why we’ve seen the delay here isn’t clear, but the Tesla Model S Plaid Plus is set to ship with a new 4680 battery cell so it’s possible that’s the delay here. We already know that the new model will be the most impressive Tesla has offered yet. But with a price starting at $150,000, it really ought to be. 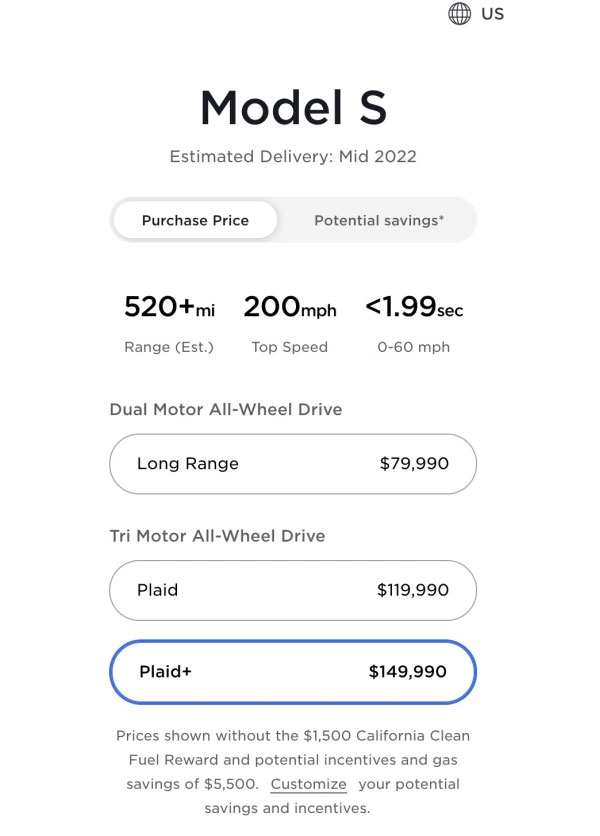 Do you have a Model S Plaid Plus order in that you’re waiting for? Do you have an order you’re planning to make? Shout out and let us know in the comments.