It seemed like advances in screen technology had stalled somewhat beyond the addition of more and more pixels to screens that were already equipped with arguably more than they needed, but with Apple bringing 3D Touch to the market with the iPhone 6s and iPhone 6s Plus and reports that Samsung is set to launch something similar with the next Galaxy S handset, things may be looking up in the world of screens for mobile devices. Now, Carnegie Mellon University’s Qeexo team is reporting that it has a technology that is capable of detecting the angle with which a finger is making contact with a screen. Qeexo’s people also point out that the new technology can detect any rotations made by the finger in question.

The technology, according to reports, is called FingerAngle and is capable of discerning pitch and yaw actions of a finger making contact with a device’s screen. What makes this technology so impressive is that FingerAngle doesn’t actually need any new tech to be built into screens at all, meaning existing Android devices and iPhones are capable of taking advantage of it. According to Qeexo, all either platform would require in order to take advantage of FingerAngle is a software update. 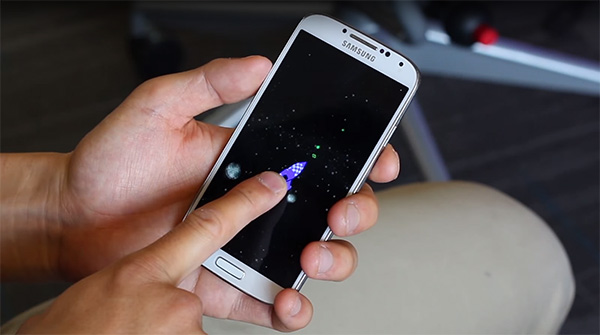 The applications of this technology are many, and with 3D Touch now getting people used to prodding and poking their screens in different ways to the usual tap or tap and hold gestures that we are accustomed to, the idea that devices could, in the future, use twists or angled touches in order to create different interactions is an interesting one. Add the fact that this is a software update away into the mix rather than new hardware being required, and FingerAngle sounds very appealing indeed.

Be sure to check out the demo video to see FingerAngle in all its glory.