With some customers who pre-ordered the iPhone 6s having started to see their cards charged by Apple, excitement is beginning to mount ahead of the new iPhone’s release next week, September 25th. While still technically only an ‘s’ revision, this year’s model has more buzz about it than most, likely due to the arrival of 3D Touch as well as a new 12-megapixel camera amongst other additions. Whatever the reason, interest in the new iPhone 6s and iPhone 6s Plus is very high indeed.

With less than a week to go before the new phones are available to the public, some new photographs have appeared via a Spanish website called iPhoneros, which show the boxes for all four iPhone 6s color variations. Available in Silver, Rose Gold, Gold and Space Gray, the new iPhones come in boxes that are characteristically all white barring one image on the packaging’s face. 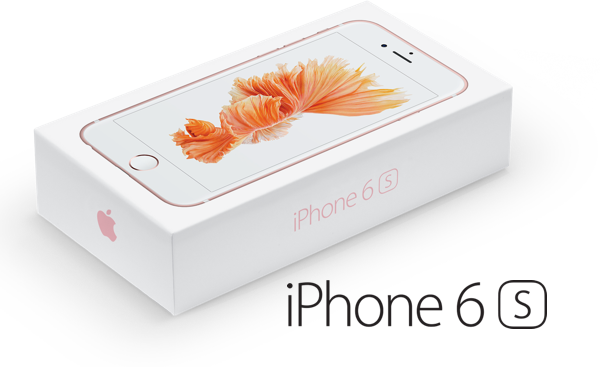 That image gives the first clue as to which iPhone resides within, with the Rose Gold iPhone 6s box featuring an orange koi fish and the Silver a blue one. The one on the Gold iPhone 6s box is both blue and gold, while the Space Gray model’s box features a red fish. All four models show the front of an iPhone, with the Space Gray’s being black and the rest white, like the phones themselves. 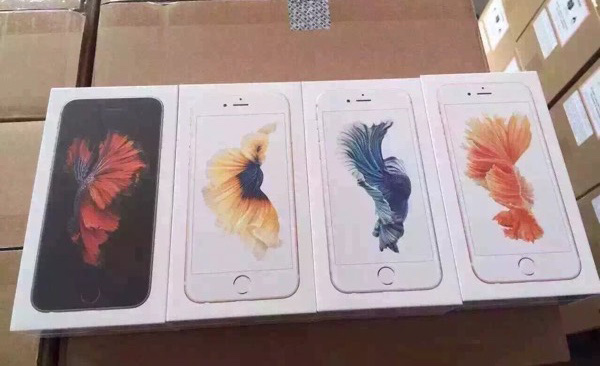 We don’t quite know where Apple’s fascination with fish comes from, but the original iPhone’s wallpaper featured a fish and the Apple Watch too has a wallpaper with an animated jelly fish offering. 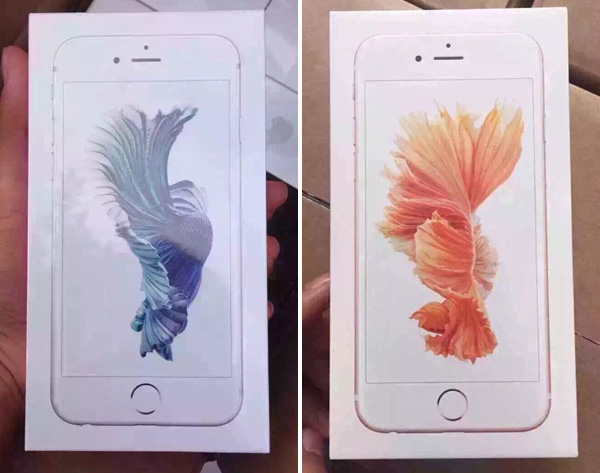 Photos of the new Rose Gold iPhone 6s have also started to appear, with the coloring looking decidedly more pink than we were led to believe. That isn’t necessarily a bad thing, but if you’re thinking of going for that particular color, you might want to check one out beforehand. The images, posted by Chinese website Feng, don’t seem to have the best quality or lighting, so we’d suggest reserving judgement till you’re able to examine one up-close yourself. 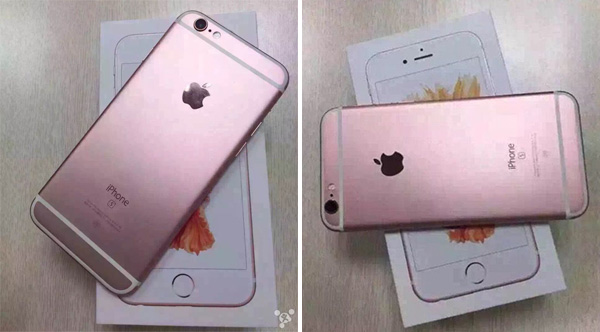