What is it that makes a smartphone smart? Is it the advanced, flexible operating system that grants users the ability to install apps to extend their device’s feature set? Is it a high megapixel camera? A touch display that can differentiate between accidental taps and real ones? An HD display? GPS? Wi-Fi? Support for 4G LTE? It’s features like these that – according to today’s standards, at least – make up a smartphone.

Well, if Apple’s latest patent is anything to go by, the iPhone and other mobile devices are going to get smarter in the future by being situationally aware. Check out the details of the patent after the jump.

News of the patent award comes from the folks over at AppleInsider in the form of a short post in which they discuss US Patent 8,254,902 which is related to Apparatus and methods for enforcement of policies upon a wireless device.

Many different examples are mentioned in the patent filing. One of them considers a mobile device being switched to silent mode with lowered display brightness at a movie theatre. Then there’s the function of disabling wireless devices from connecting to one another in an academic environment. Your device’s radios may even be completely turned off in sensitive areas like Area 51 or your local police station. 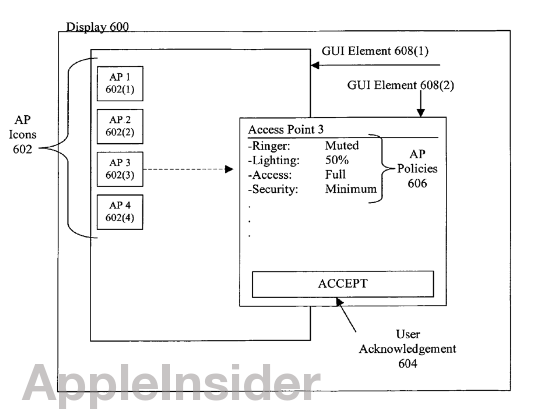 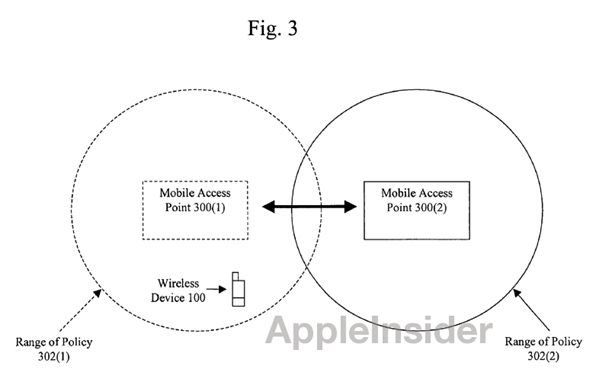 From what I can tell by reading the rather complicated patent document, these policies are communicated to devices like cameras, radios, mobile phones, portable computers by the wireless system, and not controlled by the devices themselves.

It certainly sounds useful in settings like cinemas and office meetings where silencing all phones in the area can improve experience and productivity respectively, but imagine if your college completely turned off your wireless radios so you wouldn’t be able to communicate at all on campus.

Apple has filed and been awarded a wide variety of patents over the years, a number of which are still no where to be found in mass market devices so there is a good chance this one won’t either.

I like the idea of a situationally aware iPhone, but I don’t like its functions being controlled by a separate device. I’d rather control things myself the way you can with Tasker profiles on Android. You decide the “triggers” and the “actions” caused by them, not your Wi-Fi or GPS.