Ad agencies, and the large technology companies that hire them, are always looking for new and innovative ways to get their message across to existing and potential customers. Just like in any walk of life, the agencies that have a track record of thinking outside of the box in order to boost their clients profile are usually the ones that gain the most traction and propel themselves to the top of the advertising food chain. M&C Saatchi – an ad company from Stockholm, Sweden – has come up with the idea of using an existing technology and advertising medium in an entirely different way in order to spread the word about the new LG G2 smartphone.

Banner ads that show up on mobile devices aren’t a new technology by any stretch of the imagination. Companies of all shapes and sizes have been using the surge in mobile based traffic to their advantage for quite some time. However, the M&C Saatchi use of the banner ad technology goes a little further than what we have seen in the past by making use of various device recognition techniques in order to show a very tailored and specific advert to the user based entirely on the smartphone that they are currently using. They even go as far as insulting the device that is being used. 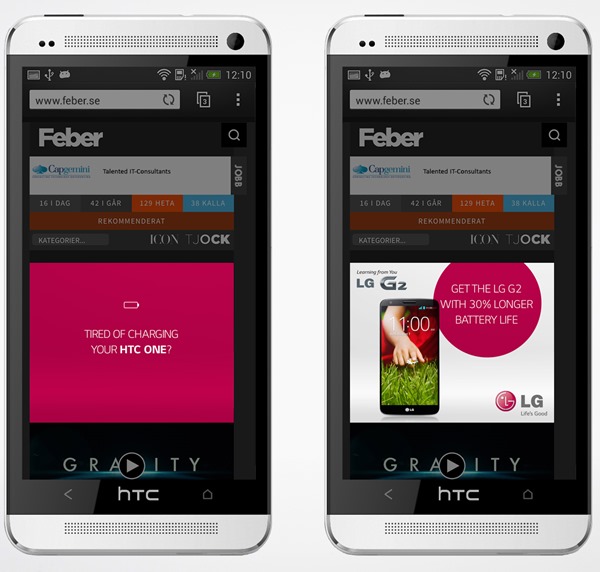 The adverts that are displayed on each individual devices are targeted toward users of specific manufacturer’s handsets. A targeted banner ad displayed on a detected HTC device makes reference to the LG G2’s alleged superior battery performance by asking the unwitting member of the public if they are "tired of charging your HTC One?". The viewer of the ad is then advised that they should consider trying out the LG G2 due to it’s 30% longer powered up time. 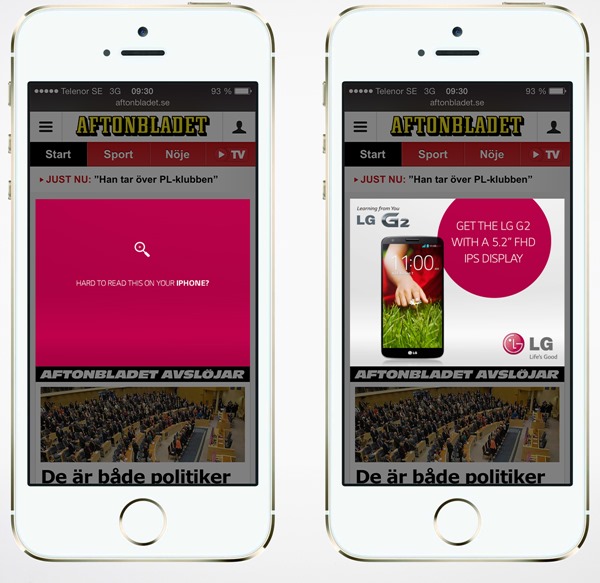 Apple doesn’t seem to escape the wrath of the smart banner ad either. A tiny message is displayed to the user in an attempt to get them to move across to the much larger display of the LG G2. So, if LG’s advertising is to taken literally then the new G2 has better battery performance than the HTC One, a larger display than the iPhone 5s and a 20% faster processor than Samsung’s latest Galaxy device. 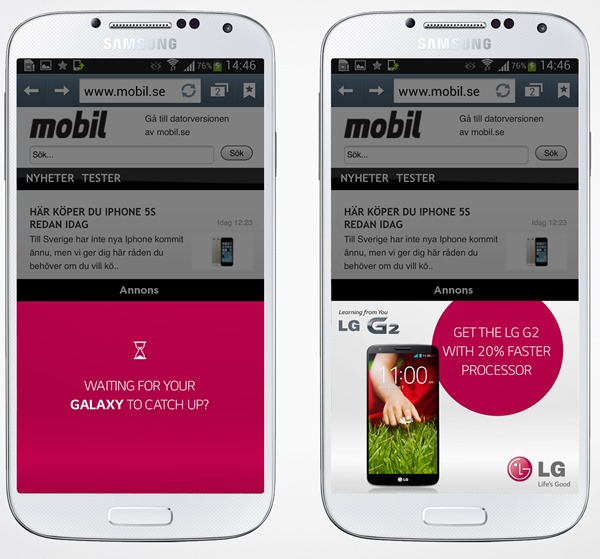 A pretty impressive device if you take everything you read literally. The adverts are definitely in good fun and represent a great use of an existing technology by LG.