Fans of Siri who either live in or often travel to countries in which they are required to be able to converse in multiple languages will be pleased to learn that the digital assistant has gained an important new feature or, to be more specific, it has improved upon an existing feature.

Siri translations are now available for all English languages, something that Canadians will be particularly excited to learn after having to make do with American English if they wanted to be able to use Siri to translate things into French, for example. 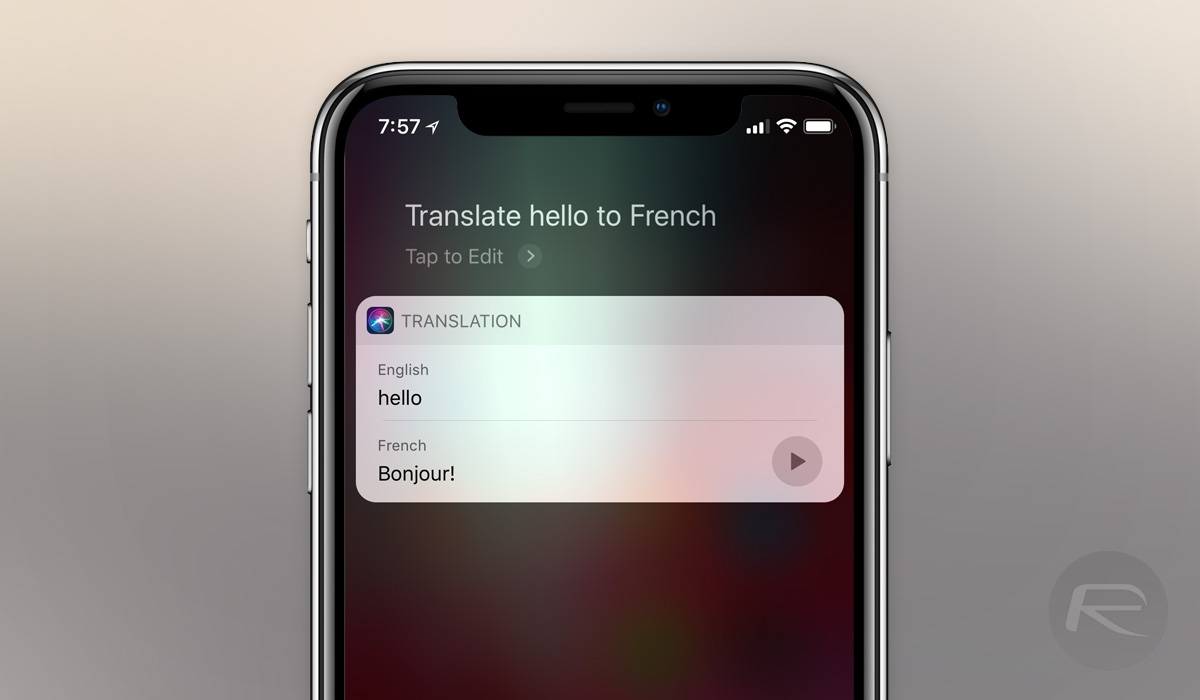 Siri has been able to translate languages as of last year’s release of iOS 11, and the process of doing so is about as simple as you might expect. All users need to do in order to make a translation happen is to invoke Siri and then ask it to translate the required text into the language of their choice. For example, saying “translate ‘hello’ into French” will see Siri return the word “bonjour” just as you would hope.

As the icing on the cake, Siri will not only provide the answer in text format but also read it aloud, something that can be invaluable for those languages that require words be spoken in a particular way to ensure that their meaning is fully recognized.

Apple continues to improve Siri as time rolls on, but most will concede that it still has plenty of room to grow.

The arrival of Siri Shortcuts, a vital piece of the iOS 12 puzzle, will surely help increase its stock with many iPhone users.