Lost iPhone X Powers On After Two Weeks At Bottom Of River, Is Returned To Owner [Video]

While the iPhone X is not what anyone would dare to call “waterproof,” it’s rated to the same IP67 dust and water resistance that the iPhone 7 and iPhone 7 Plus were. That means it can withstand the odd splash here and there but if it finds itself at the bottom of a river, and that too for two weeks, then all bets are very much off.

However, you never do know your luck and it turns out that at least one iPhone X was capable of lasting two whole weeks submerged in river water. 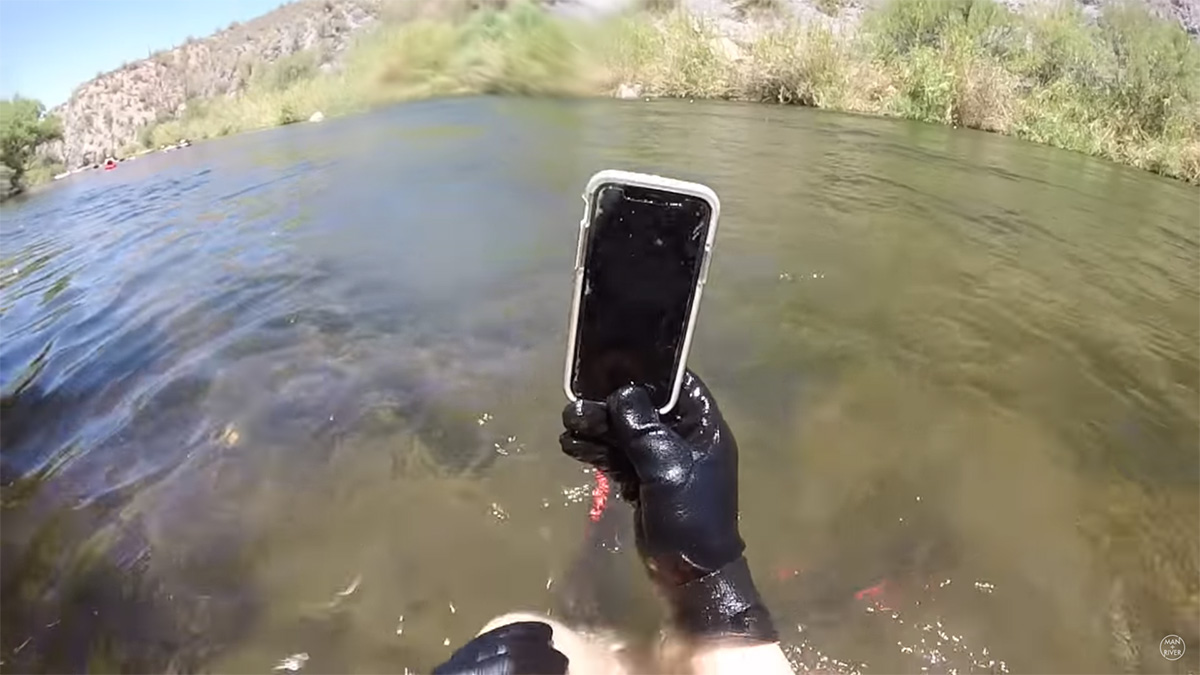 The story goes that YouTuber Dallas, the man behind the Man + River channel, does what he calls “river treasure dives” and apparently, has a history of returning lost items to their original owners. Dallas apparently spotted a silver iPhone X and was not only able to make it power on but was also able to find its owner.

After finding the iPhone, he apparently opened it up to allow it to dry out properly before powering it on but once that happened, he was able to locate its original owner, Alyssa, who was obviously very happy to see her lost iPhone.

As if this wasn’t heart warming enough, Alyssa now has photos of her newborn that would otherwise have been lost because she apparently had not backed her iPhone up recently – a valuable lesson learned all around, we feel.

That aforementioned IP67 rating allows an iPhone X to sit under around 3ft of water for 30 minutes before it would be expected to suffer water ingress.

It’s also important to note that Apple does not cover water damage as part of its warranty, no matter the IP rating of its devices.