Now that iOS 12 is finding its way into the hands of developers around the globe, we are starting to learn a little bit more about the software that will ship on whatever new iPhones arrive around September time.

This initial beta release is exactly that, a first look and an initial attempt at making the software work well enough for use outside of Apple but there is still plenty of work to be done before it is ready for prime time.

That being said, the vast majority of people who have tested the software in its current form all say one thing; it’s the most stable initial beta release of a major iOS update in a long, long time.

While stability and performance is surprisingly good for an initial beta release, one area that may give some users pause if they are considering installing iOS 12 beta one on their main device is battery life. We’ve been testing the software out on an iPhone X since its release earlier this week and while it is absolutely fair to say that the bugs and app crashes that have become synonymous with early beta builds are not there, the poor battery performance is.

However, there are of course caveats to be had here. Beta builds often have logging turned up to the highest possible setting to allow developers and of course Apple to keep tabs on what is happening inside our devices. This allows them to make sure that any issues are captured to allow more in-depth investigation when that data is reviewed. It’s still early days after a major iOS installation to really judge how it will pan out.

Who knows what syncing, caching and what have you is going on behind the scenes, especially when iCloud is thrown into the mix. 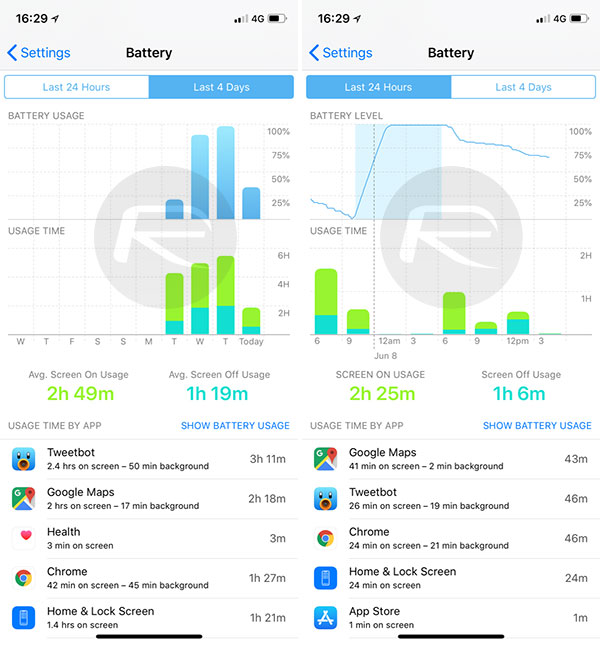 So what exactly are we saying here? Ultimately, if you’re concerned about battery life right now then installing iOS 12 beta 1 might not be the way to go. That might change in the coming days if things settle down or as future iOS 12 beta builds are released and it’s fair to say that while battery life is diminished for us right now, it’s not unworkable. In fact, we think there have been public iOS releases that have been harder on batteries than this so keep that in mind, too.