As iOS has grown over the years, Apple has done a fairly comprehensive job of making sure that users are continually kept informed and updated about what’s happening on their devices.

Part of that involves ensuring that the user is fully informed about what third-party apps are doing and the type of data they are using, as well as when they are accessing the device when the user wouldn’t necessarily be aware that it was happening. The introduction of iOS 11 takes that responsibility more seriously, and will instantly keep users more informed of this background activity. 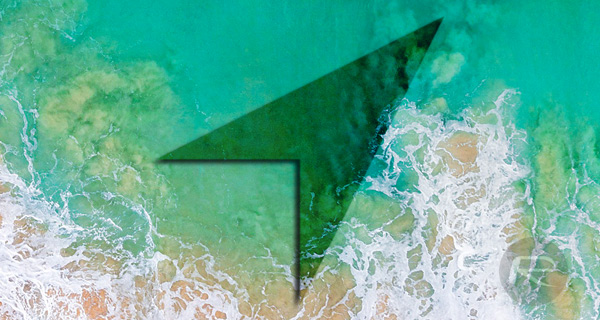 In the current public version of iOS, Apple uses either a green or blue 20-pixel bar at the top of the display to inform the user that a specific app or service is currently using some type of activity on the device. As an example, when the Personal Hotspot feature is active a blue bar is shown to indicate that external devices are connected to the device and using the supplied data. When a phone call is active and the user has backgrounded the Phone app a green bar is shown to indicate that a phone call is still ticking along behind-the-scenes.

With iOS 11, Apple is starting to enforce that indication of activity on a more frequent basis. Rather than specific apps showing up when in use, the blue bar will be present whenever an app on iOS 11 is using the device’s location information. This means that any app, whether that be Twitter, Facebook, Instagram, Snapchat or Uber, will now provide visibility to the user when it is polling the device location to perform its actions even if backgrounded.

The user will instantly be aware of that and can act accordingly if the access is unexpected or coming from an app that the user wouldn’t normally associate with wanting the device’s location. 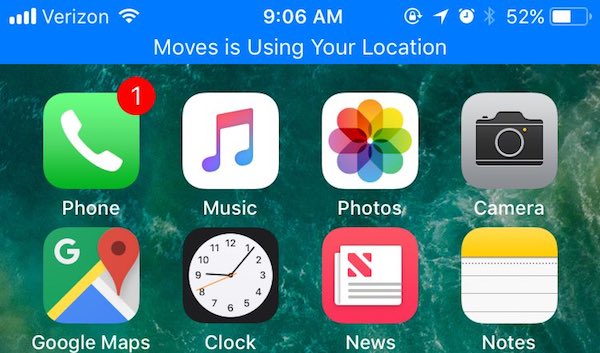 This new change is definitely a positive amendment for the end-user who will not only be instantly more aware of what’s going on in the device, but it will also force app developers to be transparent with their app practices and to ensure that users are entirely informed about why an app requires access to this particular data on the device.

iOS 11 is currently in test with developers and public testers and should be in the hands of global users this coming September.