New Groundbreaking Tech Can Charge Your Smartphone From 0 To 100 In Under A Minute! [VIDEO]

Retaining a substantial amount of battery is an ongoing challenge for owners of mobile devices, particularly as, with each new release, vendors are packing in more and more great hardware features. But as well as the battle in keeping the juice-o-meter sufficiently nourished, there’s also the issue with charging times, with consumers often forced to wait for hours before a device reaches the magical 100% mark. But a new start-up has just showcased a technology that could, in future, charge a dead smartphone to full capacity in just one minute, which would, in no uncertain terms, be a game-changer.

The main solution that OEMs have hitherto utilized in the battle to keep devices running for the full day and beyond is to simply introduce larger batteries. It’s not uncommon for the larger ‘phablet’ smartphones to pack 3000 mAh or more into the batteries, but while this course of action is working for the time being, improving the broader spectrum of battery technology would seem a more practical long-term solution. 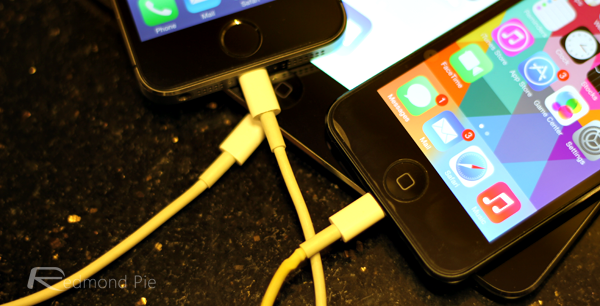 The folks behind Israeli start-up StoreDot are doing just that, having just showcased their intriguing innovation at the Microsoft Think Next Conference that can charge a smartphone’s battery to full capacity in under a minute. Not only that, but their method works with the current, standard batteries found in smartphones today, and so once the system is ready for prime time, it should integrate fairly seamlessly.

Those familiar with battery technologies will know that the process cannot be rushed. Batteries charge slowly as a matter of safety, to stop them from blowing up, but the guys at StoreDot reckon they’ve sussed a way to quickly bump a battery to full charge without any kind of risky business.

The charger would cost twice as much as a normal battery charger, which is cheap in itself, and as a result, consumers would be able to charge a seemingly dead phone back to full health in a matter of minutes. It won’t prevent batteries from degrading over time, mind you, but at least, given a small opportunity to charge, you’ll be able to rejuvenate your device with a full dose of power.

It’s still at prototype stage, and won’t be ready for a couple of years, but nevertheless, is very exciting. But it would be very exciting if this tech makes its way to the next big Android release, or maybe the iPhone 7!