The keyboards in Apple’s most recent notebook releases have come in for quite a bit of criticism in recent times, with the company’s Butterfly keyboard technology leaving it particularly susceptible to damage by the most innocuous of things – crumbs.

With a full keyboard replacement required when one becomes damaged, having to go through the time and often expense to get a MacBook Pro repaired can be a real reason for people to not buy the current models, but as a newly unveiled patent shows, Apple may be working on sorting this out for once and for all. 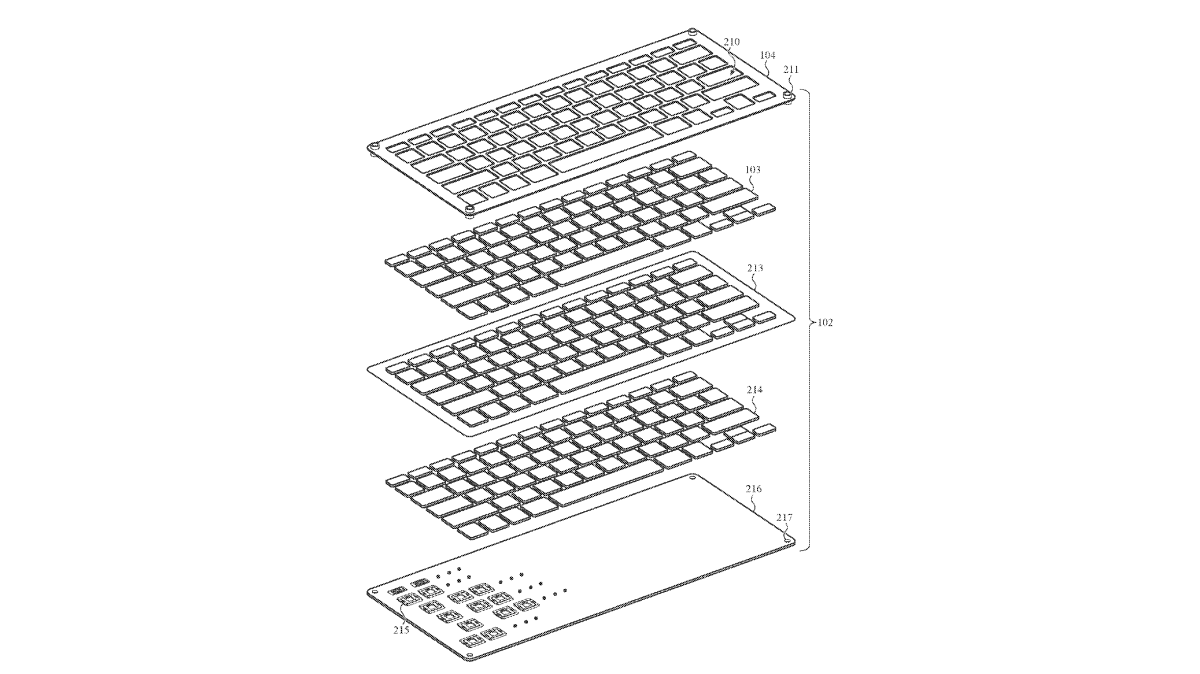 The patent itself is actually from 2016 but was only made public this week, and what it offers is something we wish Apple would make use off right away. Dubbed “ingress prevention,” the patent’s most important feature is its ability to prevent things like liquid and debris from damaging a keyboard, effectively preventing the keys from moving freely.

For example, keyboards typically involved a number of moving keys. Liquid ingress around the keys into the keyboard can damage electronics. Residues from such liquids, such as sugar, may corrode or block electrical contacts, prevent key movement by bonding moving particles, and so on.

Solid contaminants such as dust, dirt, food crumbs, and the like may lodge under keys, blocking electrical contacts, getting in the way of key movement, and so on.

Apple goes on to say that preventative mechanisms such as gaskets and membranes can be used to prevent ingress, as can wipers, flaps or brushes placed around a keyboard’s key caps. 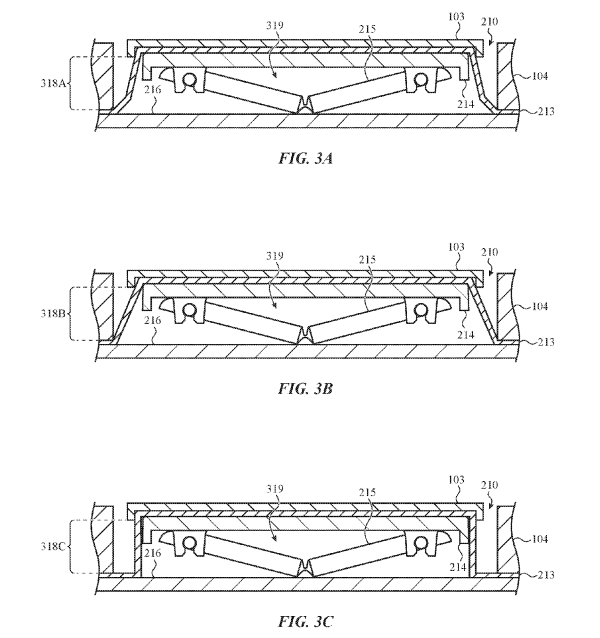 Apple’s Butterfly keyboards first arrived as part of the 12-inch MacBook but have now found their way into the current MacBook Pro lineup as well. While the keyboards have improved since their first incarnation, they still come in for criticism due to their shallow key travel and, of course, that ability to be taken out by a spec of dust.