New 11.6-inch MacBook Air Pictured. Will be Out Next Week?

Scheduled for next week, Apple’s Back to the Mac event is set to unveil such things as OS X 10.7 (Lion?), iLife ‘11 and an all-new MacBook Air. 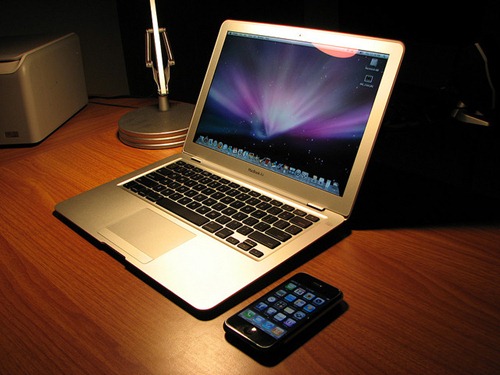 The older MacBook Air [via jamesjm88]

AppleInsider reports of MacBook Air’s drying up supplies at major retailers like Amazon, MacConnection, MacMail and J&R. All the previously mentioned retailers are showing “no stock”. Such shortages tend to occur when Apple prepares to overhaul a product line.

If rumors are to be believed, the next MacBook Air will also include a 11.6” option (instead of the usual 13.3”). It will be of unibody construction like the MacBook Pro and will allegedly have the option to replace an Intel Core 2 Duo ULV with one of AMD’s offerings. 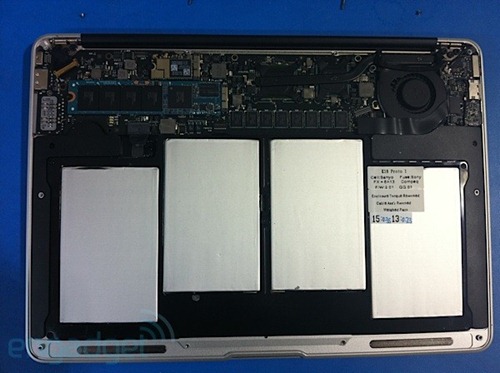 Next up is Engadget’s post which, once again, allegedly shows a MacBook Air opened-up and de-screwed to show its innards. If the photograph is to be believed: it looks like the new Air will be unibody (like we just mentioned above), have a bigger battery and have straight-up USB ports (no drop-down side-ports), a Mini DisplayPort and an SD Card reader.

Our belief is that there will be a new MacBook Air next week. The product is long long overdue for a true update and Apple should definitely do something to make people not forget the once-thinnest notebook.

These are, of course, rumors. So it’s best you take them with a pinch of Sodium Chloride and wait for the official announcement from Apple next week. [via Engadget, AppleInsider]