An Apple netbook? Say it isn’t so! While netbooks tend to fall in the 8-10” screen-size category, it would be a little foolish not to consider 11-inchers as netbooks. I, personally, believe that any laptop of screen size < 13” and not having a CD-ROM is to be considered as a netbook. 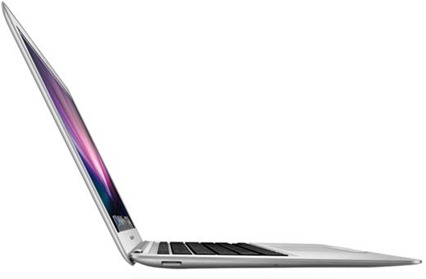 Got that? Now let’s move on to the topic at hand here. DigiTimes is claiming that Apple manufacturing partner Quanta will be shipping 400,000-500,000 MacBooks before the end of this year (possibly before holiday season). This, of course, suggests that the announcement of the purported 11.6” MacBook (Air or otherwise) will be announced in the very near future.

How likely or unlikely is this? We really can’t say. While the MacBook was updated last May and MacBook Pro recently in April, the MacBook Air hasn’t been updated for more than 15 months! It would seem likely for the Air to get an upgrade, but personally speaking, the MacBook and MacBook Pro are quite some time away before they get a proper upgrade. But then again, you just never know! [MacRumors via DigiTimes]