Following hot on the heels of a number of existing product reveals from a number of notable companies in that space at CES 2017, French-based Netatmo has now introduced two new smart home products in the form of the HomeKit-enabled smart smoke alarm and non-HomeKit-enabled indoor security siren to add to its growing array of intelligent devices.

Netatmo definitely isn’t the first company to introduce a connected and intelligent smoke alarm for the home, but this is one product that is going to instantly attract an army of fans who love the work of the French company. 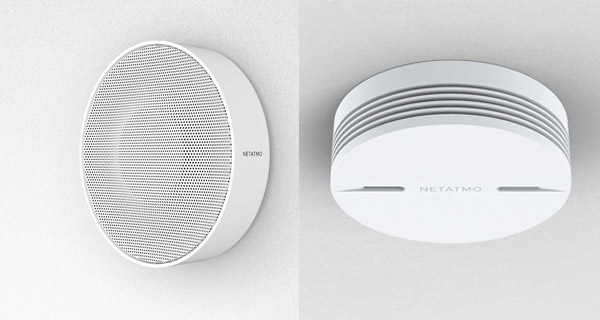 The device packs a powerful 85dB alarm to alert everyone in the house, but that’s not the smart bit is it?

The smart smoke alarm takes advantage of a connected WiFi network in the installed home to issue real-time smoke and status alerts to a connected smartphone. This not only gives home-owners peace of mind about the status of their property when not present, but also allows that individual to contact emergency services should the need arise.

The hardware itself is also accompanied by an internal battery that will provide up to 10-years of life, and will even provide a notification when the battery needs replacement, as well as putting itself through a self-check mechanism that results in reports being sent back to the connected device. Of course, it also ships with Apple HomeKit compatibility that can be used to integrate with other products to allow situations such as switching on lights in the home when smoke is detected in order to give a clear visual path to emergency exits.

If intelligent smoke alarms aren’t your thing, then what about the new indoor security siren that is capable of producing a staggering 110-decibel chime when the company’s welcome camera detects an intrusion? The hardware, which by the way isn’t HomeKit enabled, can be configured to exactly how the home-owner would like it, but its real purpose here is to ward off would be intruders with an almost deafening tone. Owners can also choose from a selection of pre-defined messages warning of the imminent arrival of the authorities. 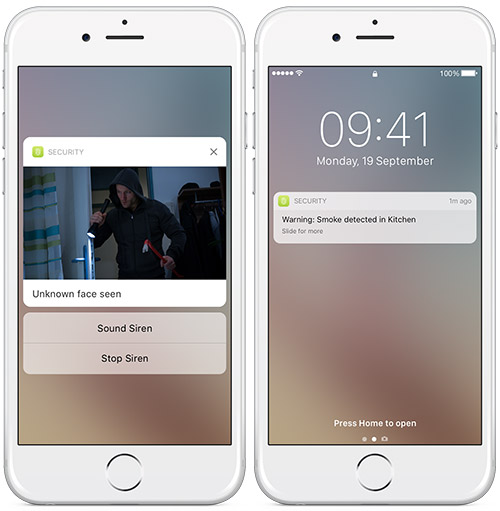 Both new Netatmo products will be offered for sale in the second half of 2017, but the company is yet to provide release dates and pricing details.