Napster for iOS Can Stream Millions of Songs on Your iPhone, iPad and iPod touch

Napster – the predecessor to P2P file sharing programs like Limewire – is now available for iOS devices (iPhone, iPad, iPod touch). This is not the Napster of the ‘olden days (circa 2000) when you could look up a song and download it straight to your 10GB hard drive. The file sharing service went bankrupt in 2002, bought by Best Buy in ‘08 and went legal last year. 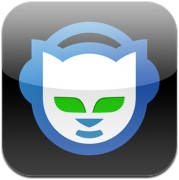 Napster now works similarly to Rhapsody and Spotify wherein you can stream in songs from a large collection of music stored on the company’s servers. Napster and Rhapsody have 10M+ songs while Spotify: a respectable 8M+. Napster costs a mere $10 per month and even allows you to listen to songs when you’re offline! 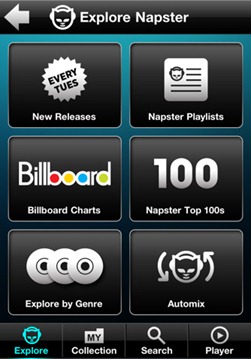 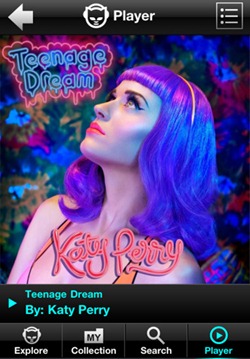 Features include (from App Store)

• Save songs, albums, and playlists to play even when you’re offline
• Kick back with playlists, recommendations, and Billboard® charts dating back to 1955
• Create your own playlists for a customized listening experience
• Save your last 100 songs played so you can easily replay favorites
• Automix your favorite song to create an instant playlist blending similar artists

If you’re one of those people who absolutely loves music, I highly suggest that you check out Last.fm and Pandora (both free). They don’t work like the abovementioned programs as they are music-recommendation services rather than being a simple online music service, but still do a darn good job at bringing the best music to your Cochlea earpiece.