Rumors and reports supporting the release of a white iPod touch are springing up these day. We reported on white iPod touch parts (the front panel, at least) a week ago which were from Asia and today we’ve learned of these parts arriving in the USA. Photos after the break.

The parts obtained by a 9to5Mac reader from the East Coast of America who has reportedly managed to grab ahold of white iPod touch parts. He has taken photos and recorded a video that you can find below.

The timing of it all is quite close to the event Apple holds in September to announce updated iPods. September is also the month when the strongly expected iPhone 5 is to be launched. Rumors of a next-generation iPod touch and an iPhone are running side-by-side suggesting that either an iPod touch or an iPhone will be launched.

Here are the photos the front panel placed on top of an iPod touch 4G (they fit perfectly): 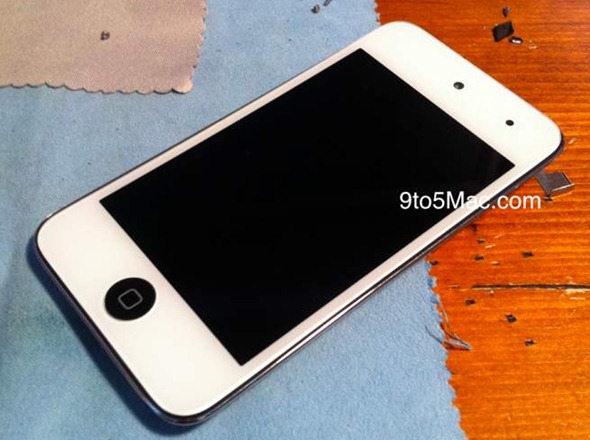 There are now two things that can happen: Apple launching the iPod touch 5G with the same external design as the iPod touch 4G in black and white models or Apple simply launching a white version of the current iPod touch alongside the iPhone 5.

The next-generation iPod touch will most probably have a dual-core A5 processor with other expected features like double the RAM (512MB RAM) and a slightly higher resolution camera. There are also rumors flying around of it having 3G connectivity.