Unbelievable: Apple is now richer than the government of the United States of America. 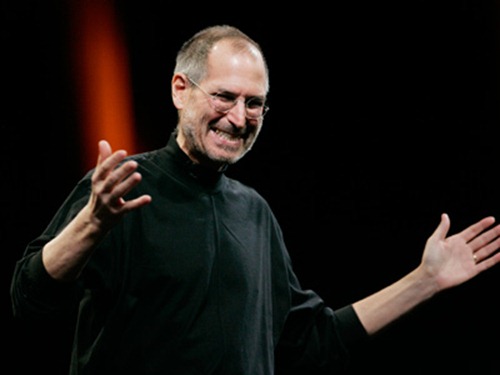 The news come from a report by Financial Times. The fruit company up in Cupertino – which produces a variety of consumer electronics such as the iPhone, iPod, iPad and Macs etc. and software, mostly intended for these gadgets – has cash reserves of $75.876 billion, as of July when Apple announced their quarterly earnings. The US government, on the other hand, has an operating balance of only $73.786 billion.

Apple, Inc. is, hence, $2 billion richer than the most powerful government in the world.

While it’s highly unlikely that President Barack Obama is looking to ask the founder and chief executive of Apple Inc. for a loan, it became a fact as of Thursday afternoon — the world’s largest technology company now has more cash on hand than the most powerful democracy on Earth has spending room.

As Republicans and Democrats continue to work towards a compromise to the country’s debt ceiling crisis, the U.S. Treasury Department said on Thursday that Washington now has a total operating balance of only US$73.768-billion.

Meanwhile, Apple currently boasts a cash reserve of US$75.876-billion, as of its most recent quarterly earnings report at the end of June.

One cannot, of course, directly compare the two figures but you can still can get a very clear idea of just how profitable Apple has become since returning to profitability in the years after 1998 with the introduction of the iMac.

The $73 billion operating balance that the US government has represents just how much money they have to spend before hitting the ever looming debt ceiling whereas the $75 billion cash reserves Apple, Inc. has represents the extra money they have available for doing whatever they please. Apple, in fact, has enough money to buy the entire mobile phone industry (except for Samsung).

The years after 2007 have been great to Apple. They launched the iPhone, iPod touch and iPad in the last few years and all of them have been successful.

Before I wrap up this post, you should also know that Apple’s current capital of $363 billion makes it the world’s second largest company, after multinational oil and gas corporation Exxon Mobil.