FaceTime, it’s a wonderful technology, but it’s oh-so-rarely used due to the hectic process of hunting down a particular individual from your contacts list and initiate a FaceTime call with them. When was the last time you declined to use it for that matter? Exactly. 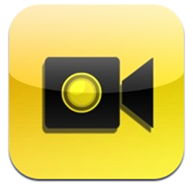 Perhaps one of the drawbacks of the aforementioned video calling feature – one that’s built right into all iOS devices with a front-facing camera is that calling anyone is just so, tedious.

Let’s say you want to call Bob. You fire up the Contacts app, then find the right Bob. We’ve all got umpteen friends called Bob, right? Right.

Now you have to tap Bob’s contact. then press the FaceTime button. Chances are Bob’s not on Wi-Fi, so the call will fail, but that’s not my point.

The point that I’m trying to make, 5 paragraphs into this work of art I choose to call a blog post, is that what we really want is a one-button calling solution for FaceTime. We want to be able to stab an icon linked to Bob with your finger and have the call initiated. Notice I didn’t say have it connect? Yup, he’s still not on Wi-Fi.

This is where 1TapFaceTime comes in. Aside from having possibly the worst name for an app that we’ve seen this week, 1TapFaceTime brings, oddly enough, single-tap FaceTime calling to iOS. 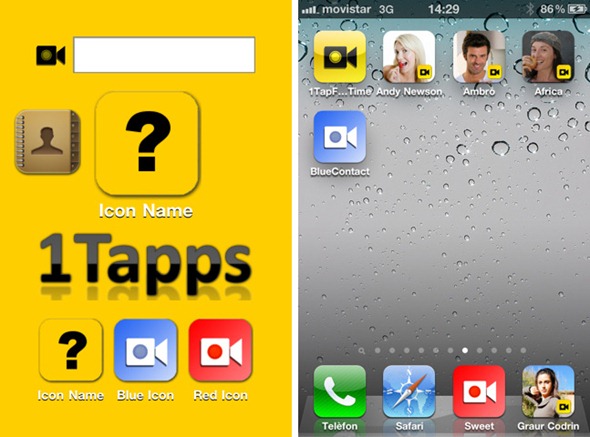 Once downloaded 1TapFaceTime is simplicity personified. Once launched, you’re presented with an App Store 1.0-like interface which, admittedly, may have been designed by a three year old. While we’re not overly impressed with the UI though, we can’t argue against how well the app works.

Simply tell 1TapFaceTime which contact you want to use, tell it which number or email address to call, and assign it a name. You can choose to either use the contact’s own image, add one from the photos on your iDevice, or assign a basic blue or red one.

Safari will load, while 1TapFaceTime created what amounts to a glorified bookmark, and you’re prompted to save it to your home screen.

From here, you tap the icon and away you go.

It’s simple, it’s free, and it works. We just wish they’d spend some more time on the user interface. Oh, but Bob still won’t be on Wi-Fi.